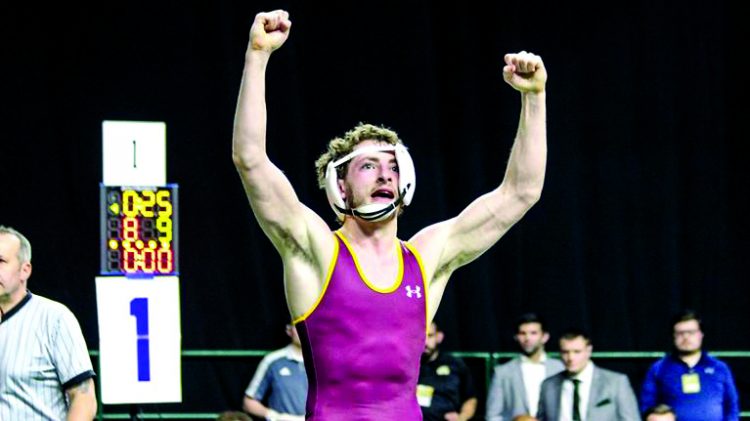 By Tony Matter • CONTRIBUTING WRITER
Williams Valley graduate and Bloomsburg University 125-pound wrestler has achieved a boyhood dream. Last weekend, Girard qualified for the NCAA Division 1 wrestling championships after winning an Eastern Wrestling League (EWL) title. Girard, a 2016 Williams Valley graduate, had a storied high school career, but nothing compared with qualifying for the most competitive folkstyle wrestling tournament in the country. “Winning an EWL title and qualifying for the NCAA tournament almost feels like a dream – like one moment I’m going to wake up, and none of it’s going to be real,” said Girard. The former Viking was dominant in the
SEE GIRARD • PAGE B8