TO THEIR FORMER PLAYERS, THESE COACHES WILL ALWAYS BE: Hall of Famers 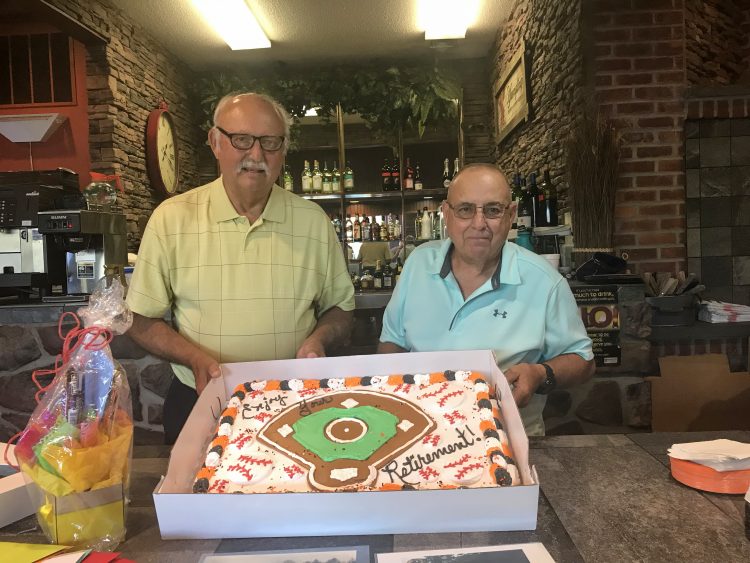 If Steve Klinger and Tim Williard ever doubted the impact they had as coaches for Upper Dauphin Area High School’s baseball program, those doubts must have disappeared last week faster than an out-of-the park homer. Dozens of their former players – some from just up the road, others from hours away – filled Villa Schiano restaurant near Elizabethville Aug. 9 to express their appreciation and gratitude for what the pair had taught them, and not just about sports. ‘‘We learned lessons not only for the game of baseball, but for the game of life,’’ Robert Miller, now UDA’s high school principal, told those assembled. ‘‘These are two very fine gentlemen; they made a major impact on my life,’’ added Brad Hassinger, who continued his career into college and the minor leagues. ‘‘They taught me to love the game of baseball; its something I still have.’’ Even 43 years out of a Trojan uniform, Steve Roadcap – now a major league scout – said he still can’t call either man by their first name. To him, both are still “Coach.’’

‘I don’t think this is for Carol’

Klinger and Williard were both ‘‘coach’’ for the better part of 40 years at UDA, either as the head or as an assistant. They respectively announced their retirements after the SEE HALL OF FAMERS • PAGE A7