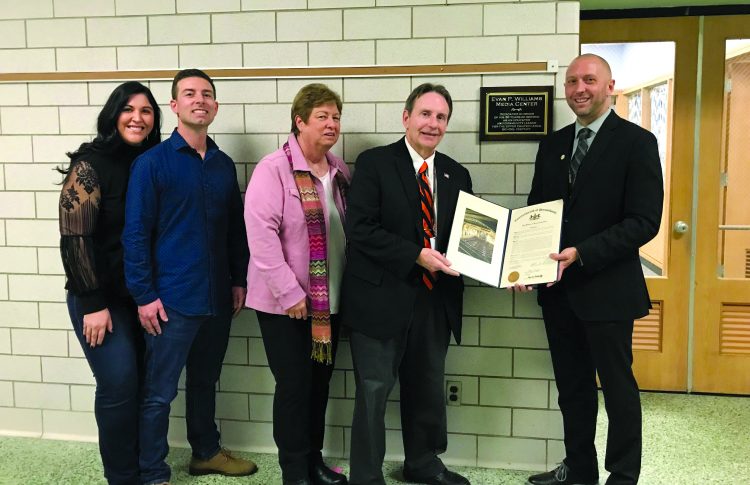 To get to his own retirement party, Evan Williams had to pass through a gauntlet – which, in this case, was a good thing.

That gauntlet was comprised of Upper Dauphin Area High School students and teachers, applauding the now-retired superintendent, and longtime educator, for his 30 years of service to the school district.

It wasn’t the only surprise awaiting Williams and the family members with him. First, a plaque was unveiled re-naming the high school library in his honor as the Evan P. Williams Media Center. (Williams began his UDA career in 1986 as a high school English teacher.)

Following that, he was presented an official commendation from the state House of Representatives.

In remarks made at the Nov. 15 gathering, Williams thanked God for the event, for the gifts God had

Photo Caption: Evan Williams (second from right) is joined for a photo Nov. 15 by (right) Acting Superintendent Jared Shade and (to Williams’ right) Sue, his wife; Charles, one of their two sons; and Charles’ wife, Katelynn John, another son, was absent.