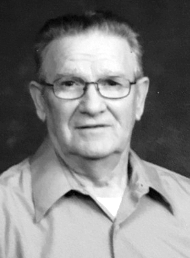 HALIFAX • Todd E. Enders Sr., 76, of Halifax, passed away Wednesday morning, Jan. 15, 2020, at AristaCare at Hillsdale Park. He was born April 22, 1943, in Halifax, a son of the late Mason and Sarah (Shoop) Enders. On Nov. 13, 1965, he married the former Janice M. Deetz, who survives. Todd had been employed at Lycoming Construction, a manager at the William Sweigard Farms and retired from the Halifax School District, where he was head of maintenance. He was a member of Bethany Church of the Nazarene, Harrisburg, and a former member of the Friendship Hose Co., Sunbury. Earlier in his life, he enjoyed hunting. He also enjoyed camping, woodworking and building things. Taking walks and going on car rides also brought Todd much pleasure. The greatest joy of his life were his grandchildren. In addition to his wife of 54 years, he is survived by one son and daughter-in-law, Todd and Deniene Enders of Mifflinburg; one daughter and son-in-law, Kimberly and Mike Scott of Clinton Twp., Mich.; three grandchildren: Jade, Theoden and Mohryon; four brothers: Kenneth, Clark, Roy and Lee Enders; and two sisters, Faye Adams and Darlean Skaddan. He was preceded in death by one brother, Forrest Mike Enders; and one sister, Iola Bechtel. Funeral services were held Jan. 21 at Bethany Church of the Nazarene, 1605 Parkway West, Harrisburg. Burial will be held at 11 a.m. Wednesday, Jan. 22, in the Mifflinburg Cemetery. Arrangements are by the Hummel Funeral Home, 574 Hill St., Middleburg.
This is a paid obituary