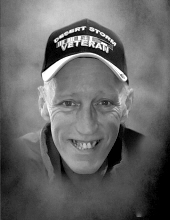 ELIZABETHVILLE • Timothy C. Schell, age 57, passed away Nov. 13, 2019, at his home surrounded by his family. He was born Dec. 16, 1961 in Harrisburg, the son of the late Thomas Schell, and Gloria (Wilbert) Schell of Harrisburg. He was a retired truck driver. He was a U.S. Army veteran and served with the 82nd Airborne from 1979-1982 and also with the 131st Transportation Company with the Pennsylvania National Guard. He was a member of the Elizabethville American Legion and served as an officer of the board. He was a long time member of the pool league and enjoyed spending time with his grandchildren, riding motorcycle, deer hunting and was a Philadelphia Eagles fan. He is survived by his wife of 28 years, Tina L. (Ossman) Schell; daughter, Natalie Schell, Williamstown; two sisters, Kim Matter, Bullhead City, Ariz. and Denise Harner, Harrisburg; and two grandchildren, Blaine Charles and Ileah Marie Thornton. He was preceded in death by his daughter, Shana Marie Schell. There will be a visitation held at Salem Lutheran Church, Elizabethville Saturday, Nov. 23, 2019, from 10-11 a.m.. Memorial services will start at 11 a.m. with The Rev. Dr. Nathan Corl Minnich officiating. In lieu of flowers, donations can be made to Hospice of Central Pennsylvania. Hoover-Boyer Funeral Home, Ltd., Elizabethville is handling the arrangements. To sign the guest book, go to minnichfuneral.com
This is a paid obituary