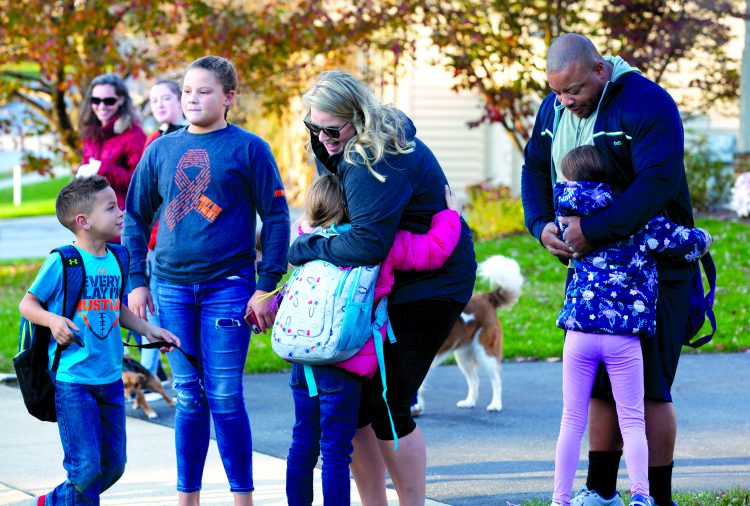 April and Rubin Doster, along with their 11-year-old daughter Mya, second from left, greet their other children, from left: Derek, 5, Savannah, 8 and Hailey, 7, after they get off of the school bus in their Palmyra neighborhood on Tuesday, Nov. 5, 2019.

Hailey wanted to go outside.

But it’s freezing, she was told.

That didn’t matter; at age 4, she wanted to know what being outdoors felt like.

Being outdoors, playing in a yard, socializing with other children – even eating and sleeping regularly and attention to personal hygiene, even regular bathroom breaks.

These were unfamiliar experiences to Hailey – as well as a boy and another girl, none older than 6 – when they were removed from their Halifax Twp. caretakers shortly before Christmas 2016.

Life today for Hailey Elizabeth, 7; Savannah Rose, 8; and Jackson Tanner (aka ‘‘JT’’), 9, is a dramatic turnaround of what it was for them three years ago.

Months in isolation have been replaced by ample family time with a caring mother, father, three siblings and grandparents.

Separation from other children has been superseded by school friends, youth sports and all the other things young boys and girls embrace.

Perhaps most importantly, indifference and cruelty have been eclipsed by nurturing, encouragement and love.

The transformed lives of the three young victims of abuse and neglect – and the life they now share as members of the Doster family in Palmyra – is the focus of this article, which begins in this week’s issue and concludes Jan. 14.

Sentinel readers became aware of the three children’s plight after state police announced a long list of criminal charges against a Halifax Twp. couple following a multi-week investigation. (An alleged accomplice was arrested the following May.)

Even those hardened to the worst of criminal activity were taken aback. A police officer reportedly cried when bringing the victims to be interviewed. A prosecutor compared their appearance to concentration camp survivors.

Initially, April Doster (pronounced like “Foster’’) knew little about what had happened to the three after returning from lunch with husband Rubin to her job as an emergency room nurse at Penn State Health Milton S. Hershey Medical Center. It was Friday, Dec. 16, 2016.

‘‘I didn’t have the full story at that point. But 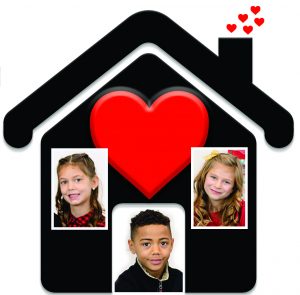