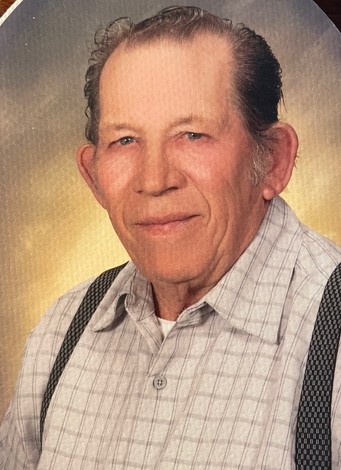 GRATZ • Thomas Frederick Hepler of Gratz, Pa., died Sunday, Feb. 28, 2021, at the age of 81 at home with his family around him. Born Sept. 4, 1939, he was a son of the late James Frederick Hepler and Mae Enders Hepler. Thomas “Tom” attended school in Millersburg through the sixth grade, then in Gratz during seventh and eighth grade and graduated from Upper Dauphin in 1957. He retired as a truck driver, having driven for Wilson Freight and many other companies and finally got his licenses and became an independent driver. He drove truck for more than 50 years and always prided himself in knowing the roads and was a personal “GPS” for his family. He was a constable for 12 years and studied the law thoroughly and also served on the board of the Gratz Union Cemetery Association. Tom was the mayor of Gratz since 2000, having been written in on the ballot several times and voted in by the good people of Gratz. He also sold memorial stones for Sausser Monuments, owned by Jack Marlo. After retiring, he assisted Larry Shade on the Gratz Water Co., fixing all the mechanical problems that arose. Larry and Tom became good friends, and Larry always checked in with him to see how he was doing. You could say Tom was a “jack of all trades,” as he could do mechanical work, plumbing, electrical wiring and carpentry. He was a simple man with the greatest mechanical talent and was considered a master mechanic on vehicles, heavy equipment and big rigs. He was also a master carpenter. With the help of his two sons, Jeff and Marshall Hepler, and Lloyd Stoltzfus, he tied the ancestral home back together, tearing off the back of the house and replacing all the rotted logs, removed all the floor boards, planed and reinstalled them and built a staircase that is a beautiful showpiece. Tom is survived by his wife of 63 years, Sally Ann Daniel Hepler, who was his caregiver; two sons, Jeffrey Thomas (Brenda Heaney Hepler) of Gratz and Marshall Brian (at home), who also was a devoted caregiver; two daughters, Rhonda Lee (Jeffrey Lynn) Swab of Lykens and Goldin, A6 (at home); four grandchildren, Abigail Anne Hepler (PhiliKasitz of Honey Brook, Victoria Daniele Hepler (Jeremy) Thilo of York, Lora Lee Swab (Jarred) Maurer of Dalmatia and Alex Swab of Lykens; five great-grandchildren who were the apples of his eye – Beau Kasitz (who loves to make trucks blow their horns), Farrah Kasitz (who was his princess), Trajan Kasitz (who was his strong boy), Liam Kasitz (just newly born) and Lilly Maurer (who loves animals and bright shoes). He is also survived by a brother, Carson Hepler of Gratz and a half-brother, Gary (Gail) Laudenslager of Pitman and several nieces and nephews. We are forever grateful for and want to thank the many people who cared for Tom in many different ways – among them are Tom’s cousin, Jim Hepler, who was like a brother to him. They enjoyed demolition derbies, cars, many parties, food, visits and the drives to Tom’s doctor’s appointments; his friend, Clair Koppenhaver, who brought him coffee, drove him to doctor’s appointments and spent time talking to him for hours, which always perked up Tom; his cousin, Cindy Hoover Keesecker, who called him often to see how he was doing and to share in how she was doing with her cancer battle; and all the people who faithfully drove Tom for chemo and radiation treatments out of the goodness of their hearts, may God richly bless you – John Stiely, Bob Deturk, John Novinger, Walt Boyer, Jeff Swab, Rhonda Swab, Jeff Hepler, Brenda Hepler, Marshall Hepler, Jim Hepler and Clair Koppenhaver. We’d also like to thank Hospice of Central Pennsylvania for their care and dedication over the last few months. Tom will be laid to rest at a later date in the Gratz Union Cemetery. In lieu of flowers, contributions can be made to Simeon United Lutheran Church, PO Box 478, Gratz PA 17030. As per his wishes, there will be no public service. James A. Reed Funeral Home is in charge of the private services for the family, To sign the online guest book, visit reedfh.com Paid by funeral home