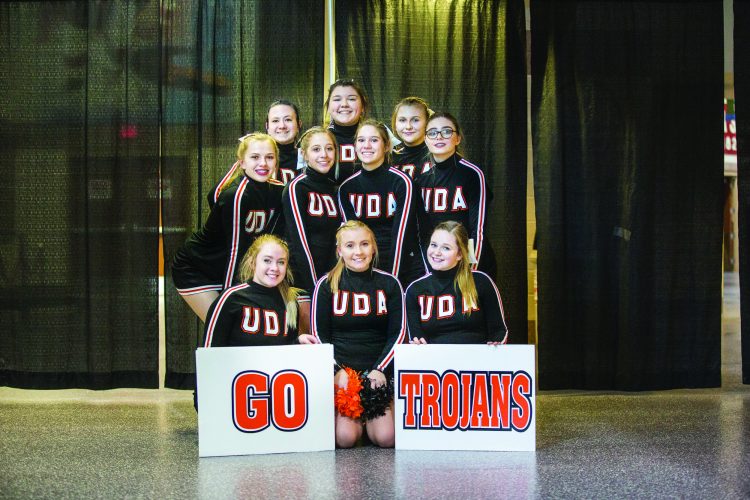 ‘‘Every battle is won or lost before it is ever fought.’’ • SUN TZU, THE ART OF WAR

They had been in the same situation before – learning a routine, then being forced to change it when someone resigned. At one point, they’d been 15 girls strong.

With less than 24 hours to go before their most important competition of the year, they were minus five – a full one-third of the group.

The latest departure had come 15 minutes before the start of the final rehearsal for the big show.

Performing against more than 40 other teams from throughout Pennsylvania, the Trojans did not move beyond the preliminary round this year.

Yet there was a feeling, among both the girls and their coaches, that a major victory had been won even before the performance began.

‘‘We pretty much had to re-arrange the entire routine,’’ said Rebecka Wilson-Ramer, a senior. ‘‘To be able to be here today was an amazing experience in itself,’’ Kate Hoch, also a senior, noted.

Team Captain Emilee Schell stressed that as far she and the nine other athletes were concerned,