Tyler Laudenslager honored throughout Sentinel area and beyond 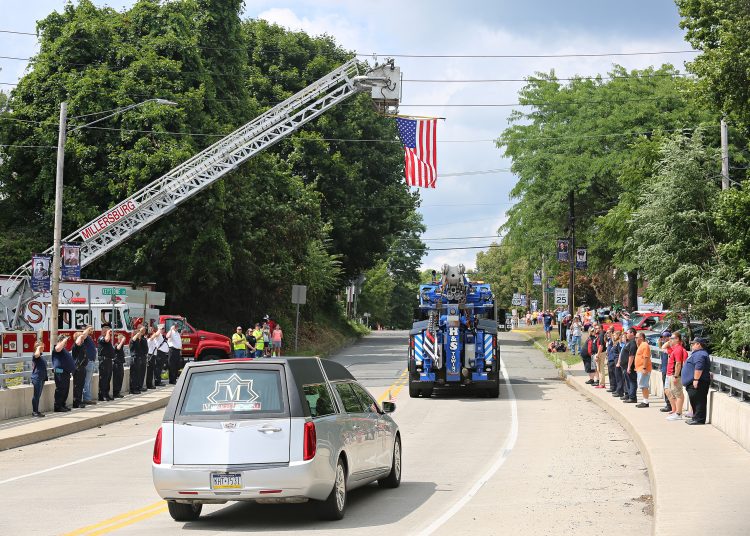 It’s the kind of tragic event that always seems to happen in another state, or to someone else. Last week, it happened much closer to home – and to someone personally close to many local people. That someone was Tyler Laudenslager, a Halifax resident, professional tow truck operator, volunteer firefighter, husband, father – and a man beloved by those who knew him. Laudenslager, age 29, died the night of July 21 in the course of doing his job. He was struck by an errant vehicle while responding to a roadside emergency along Interstate 78 in Berks County. Residents of the Sentinel area – and beyond – conveyed their respect for Laudenslager; his work in the road emergency industry; and his commitment as a first responder by organizing a visually and emotionally moving tribute in less than 24 hours after the fatality had become public. Fire engines and ambulances were joined by tow trucks and rollbacks in a processional that escorted a hearse transporting Laudenslager’s body from Reading Hospital more than 80 miles across three counties to Millersburg and the Minnich Funeral Home. Along the route, first responders from throughout Berks, Lebanon and south-