The Colors of Faith 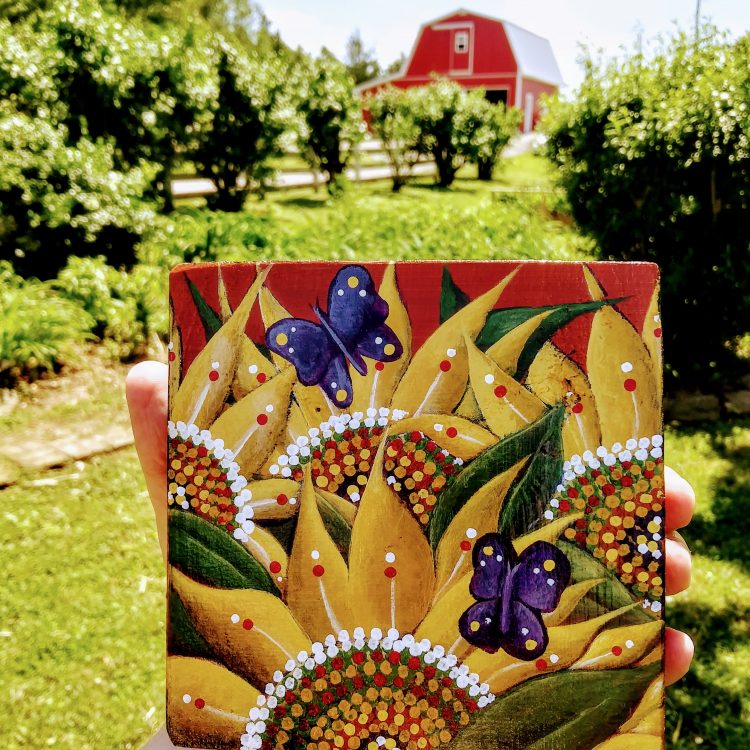 According to Jeremy Miller, artistic talent carries with it a God-given responsibility to inspire and encourage others. That’s why he creates liturgical art through pen and ink, watercolors and acrylics. And that’s why he founded and serves as CEO of Poiema Visual Arts, a ministry that he hopes will connect and support Pennsylvania artists. Miller’s series, “Of Christmas and Catechism: The 12 Days of Christmas,” will be on display at the Ned Smith Center for Nature and Art, Millersburg, from Monday, Nov. 9-Monday, Jan. 11. With watercolor and ink, Miller used church symbols to depict the carol in a way that teaches biblical truths. The first painting shows a partridge in a pear tree, with the tree shaped like a cross. “The partridge is one of the few birds that will die for its young,” Miller said. “It represents Christ as God’s greatest gift to us.” In the question-and-answer style of a modern-day catechism, descriptions will accompany each picture covering the period from the birth of Christ to Epiphany, the visit of the Magi. Grew from One Painting According to John P. Booth, the NSCNA’s executive director, Miller’s work will be displayed in the Romberger Gallery, which features new and local artists selected by a committee. “Being a native of Halifax and a founder of a local visual arts ministry, we were interested in seeing what Jeremy had to offer,” Booth said. “We were looking for a Christmas-related holiday component.” Now living in Akron, Lancaster County, Miller graduated from Halifax Area High School in 1999 after completing a dual-enrollment program with Harrisburg Arts Magnet School. “Theater and music were my first art forms,” Miller said. “Visual arts, always kind of in the background.” He came by his art interest naturally. Grandparents James and Sara Miller were folk artists. James painted whirligigs, and Sara hand quilted and arranged flowers. Miller’s parents are Jerry and Susan Miller of Halifax. Miller met his wife, Anda, while attending Lancaster Bible College. They have a 15-year-old son, Josiah. Miller is serving as resident teaching artist at the Strasburg-Heisler Public Library.

SEE COLORS OF FAITH • PAGE A8

Editor’s Note: After a few years’ hiatus, the Sentinel has resumed its occasional series on visual or performing artists who either reside in the region or have ties to the region. Nominations for subjects to be featured in future installments may be made by phone at 717-692-4737, ext. 104 or dgood@sentinel now.com