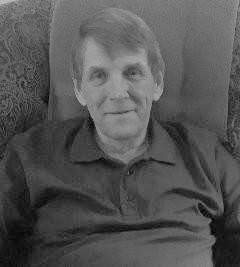 MECHANICSBURG • Terry L. Adams, 73, of Mechanicsburg, formerly of Tower City, was laid to rest with military honors Jan. 16 at Indiantown Gap National Cemetery. He was a graduate of Porter Tower High School Class of 1964. Terry served his country in the U.S. Air Force during the Vietnam War. He also was an Army National Guard veteran. He was retired from TYCO, Lickdale. He is survived by his wife of 48 years, Patty S. Adams; his two daughters, Debra Kos and her husband Bill Odoms and Shelli Adams Topping and her husband Chris; his three beloved grandsons: JC, Jacob and Christopher. He was preceded in death by his mother, Faye Soliday Hand and two brothers, Harvey Adams and Joseph Houtz. He also is survived by a nephew, Dennis Watkins, whom Terry considered a son. He and Dennis enjoyed many hours on the golf course. Terry was an avid golfer, consistently scoring in the high 70’s – low 80’s. He was a member of the Liberty Forge Golf Club and the Tower City American Legion. His quick wit and passion for debate will be missed by his family and friends. Donations in Terry’s memory should be made to Hospice of Central PA, 1320 Linglestown Rd., Harrisburg, PA 17110. The Dimon Funeral Home & Cremation Services, Inc. has been entrusted with the arrangements. To sign the guest book, visit dimonfuneralhome.com
This is a paid obituary