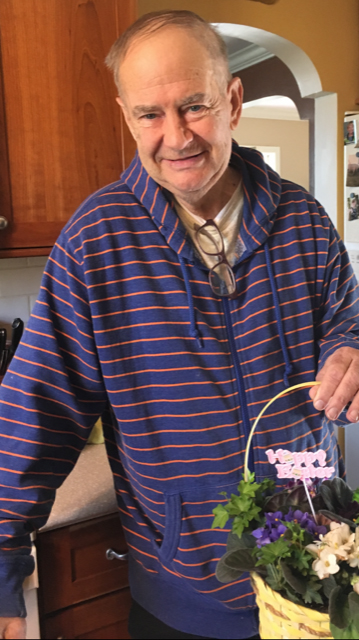 Stephen (Sonny) Melsky, of Upper Dauphin County, Pa., died July 22, 2021. He was born and worked in Newtown for the majority of his life. Stephen’s profession and identity was a farmer. He loved his ladies (cows) and his chickens. After the Melsky Farm was sold, Steve worked as a custodian for the Council Rock School District. Steve’s dream of starting another farm and continuing a simple life led him to Upper Dauphin County, where he worked and resided until his death. This was conveniently located to the Farm Show, which is warmly remembered as a place of yearly family gatherings. Stephen was a fantastic cook and loved to share with family and friends. He also enjoyed traveling, shopping, auctions and collecting. Stephen was preceded in death by his parents, Stephen and Ruth Melsky; and his wife, Louise. Stephen is survived by his sisters, Ruth Anne, Deborah (Harold) and Patricia; and a brother, John (Kathy). “Uncle Honey” will be missed by his nieces and nephew. Steve will be deeply missed by his three girls, Jennifer Sullivan (Joseph), Carrie Simpson (Mark) and Stephanie Chilcote. Stephen is also survived by six grandchildren, Connor (Beth), Cody, Stephan, Hailey, Kevin and Alec. Stephen’s Life Celebration was held July 28 at Swartz-Givnish Funeral Home, 323 Washington Ave., Newtown PA. Interment was at Newtown Cemetery. To sign the online guest book, visit swartz givnish.com/obituaries Paid by funeral home