Smeltz honored for 50 years of service to Pillow Borough 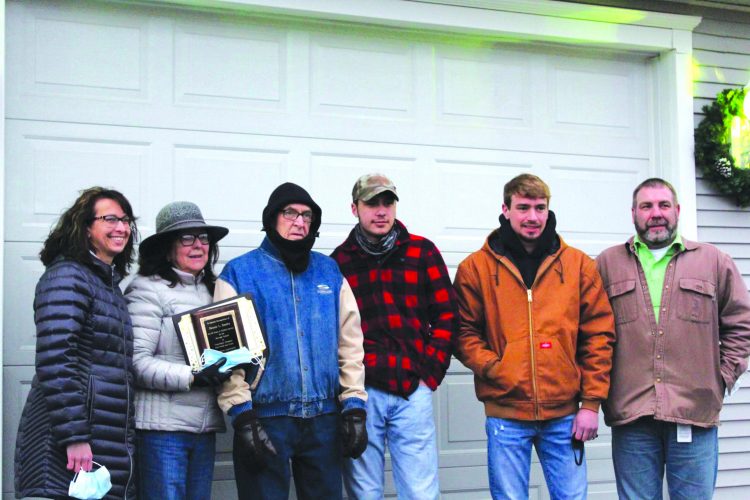 The first meeting Dennis Smeltz attended as a Pillow Borough councilman was two years into Richard Nixon’s presidency, one year after the Apollo 11 moon landing and not long after the start of a new decade – the 1970s. Smeltz finally closed out half a century of service to his hometown earlier this month. His fellow borough officials made sure that service did not go unrecognized. On two separate occasions this month – once Dec. 9, the other a surprise event Dec. 21 – Smeltz was honored by council, his fellow townspeople and a representative of the Pennsylvania State Association of Boroughs. He was lauded as a man who either saw that things got done or took them upon himself to do. ‘‘Dennis has dedicated his entire adult life to community service,’’ Mayor Todd Laudenslager said Dec. 9. ‘‘It is just something that he does. He is always striving for ways to make things better or to help anyone in need.’’ Smeltz was honored with a plaque from council honoring his accomplishments and a proclamation by the Pillow Historical Society.

Smeltz first joined council in 1970 to finish Ted Boyer’s term, then stayed on. Despite several requests to do so, he never accepted the council president’s seat until a vacancy occurred in the wake of Joe Reed’s passing. ‘‘He believed that he could accomplish more by having the ability to make motions for change,’’ Laudenslager said at the Dec. 9 council meeting. Even before taking a council seat, Smeltz served both his community and his country. He began volunteering for the Pillow Fire Co. at age 16 and learned all the essentials of firefighting, soon gaining the skills to operate each of the department’s vehicles. Eventually, he served as a trustee. It was noted that, quite often when a daytime fire broke out and no one was available to pilot a truck, then-Chief Joe Romberger would have Smeltz summoned to do the job.