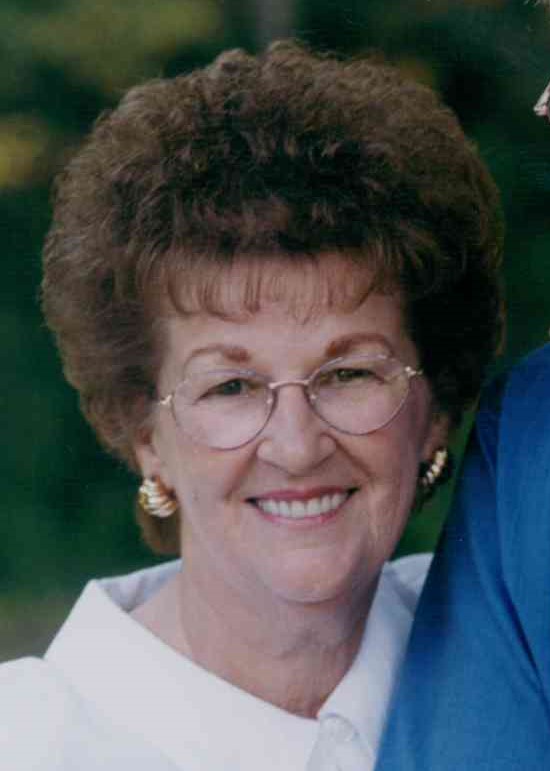 KLINGERSTOWN • Shirley R. Troutman, age 86, of Klingerstown, passed away Friday, May 7, 2021, at her home surrounded by her family. She was born Thursday, July 26, 1934, in Lykens Twp., a daughter of the late Jay Laudenslager and the late Mary (Crawley) Laudenslager. She was a 1951 graduate of the former Hegins Twp. High School. Shirley worked for area garment factories, the former Muskin Shoe Factory, Millersburg, and was also a sales clerk for Troutman Brothers Meats in Klingerstown and at the Crossroads Auction for 50 years. She was a member of St. Michael’s Lutheran Church, Klingerstown. She was also a member of the Herndon Senior Center. Shirley enjoyed crocheting, tatting doilies, painting ceramics, bird watching, baking pies, playing bingo, going out to eat, listening to classic country music and filling her home with flowers. She loved shopping with her sister Joyce. She also loved making wine; a hobby that she passed on to her granddaughter Courtney. Her greatest joy in life was spending time with her grandchildren. Her husband, Bryant A. Troutman, to whom she was married for 59 years, passed away in 2012. She also was preceded in death by her parents; and by a brother, John Laudenslager. She is survived by two daughters, Sharon G. Shadle and her husband Thomas of Hegins, and Lori A. Scott and her husband Robert of Hebe; six grandchildren, Joel Shadle and his wife Anjali of Jamison, Jesse Shadle and his wife Kirsten of Hegins, Blake Scott and his wife Keri of Dalmatia, Tristan Scott of Hebe, Courtney Scott of West Newbury, Mass., and Cameron Scott of Hebe; seven great-grandchildren; four sisters, Joyce Geist of Klingerstown, Sandra Huff of New Columbia, Nancy King of Elizabethville and Susan Lucas of Joliett; a brother, David Laudenslager of Shickshinny; and many nieces and nephews. Funeral services will be held at St. Michael’s Lutheran Church, Klingerstown, Thursday, May 13, 2021, at 11 a.m., with Rev. Jonathan Jenkins officiating. A viewing will be held from 10 to 11 a.m. Thursday at the church. Burial will be made at Zion Lutheran “Klinger’s” Cemetery, Erdman. Buffington-Reed Funeral Home, Valley View, is in charge of arrangements. Condolences can be left for the family at buffingtonreed.com Paid by funeral home