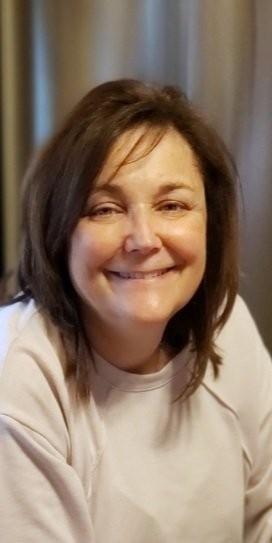 WILLIAMSTOWN • Shelly Ann Klinger, 57, of Williamstown passed away Thursday evening, April 1, 2021, at her home surrounded by her family, after a courageous five-year battle with ovarian cancer. Born May 3, 1963, in Pottsville, she was a daughter of the late Ronald and Diane Carl Underkoffler. Shelly was a 1981 graduate of Williams Valley High School. She began working for the former AMP, Inc., in 1997 and continued to for the next 22 years, retiring in 2019 from the now TE Connectivity, due to her cancer. She really enjoyed her job. She was a member of Our Lady Help of Christian Catholic Church, Lykens, and a social member of the Williamstown American Legion. Shelly faithfully recited the Rosary with the St. John the Baptist Rosary Group. Shelly lived her life for others, always putting their needs above hers. Her life became complete when she became a “Nene” to her four grandchildren. They were the light of her life. In addition to her parents, she was preceded in death by her brother-in-law, Jim Klinger. Surviving are her husband of 36 years, Gary W. Klinger; a daughter, Ashley Guyeski and her fiance Justin Wiest of Williamstown; a son, Tyler Klinger and his wife Nikki of Tower City; her beloved grandchildren, Blake Bender, Tucker, Kaydence and Brinley Klinger; a sister, Yvette Pfeffer of Pine Grove; two brothers, Kelly and Jamie Underkoffler, both of Tower City; her aunt and uncle, Jack and Gail Carl of Williamstown; an aunt, Patsy Klouser of Florida; sister-in-law, Cindy Klinger of Williamstown; two brothers-in-law, Ronald “Deek” Klinger of Tower City and Tom Klinger of Lykens; nieces, nephews, cousins and many dear friends. Mass of Christian Burial was celebrated April 6, 2021, from Our Lady of Help Christian Church, with Rev. Michael Opoki, A.J., as celebrant. Burial was in the Sacred Heart of Jesus Cemetery, Williamstown. In lieu of flowers, donations in Shelly’s memory can be made to Our Lady Help of Christian Church, 732 Main St., Lykens PA 17048. The Dimon Funeral Home & Cremation Services Inc., handled arrangements. To send online condolences to the family, visit dimonfuneral home.com Paid by funeral home