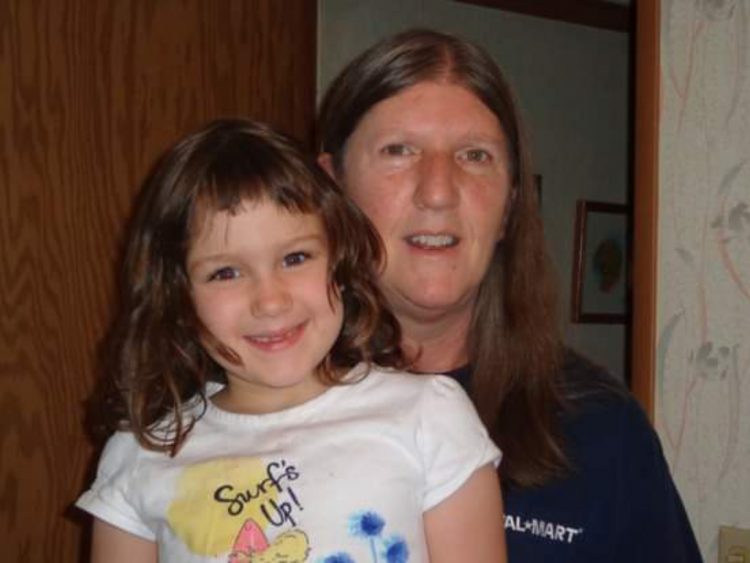 WICONISCO • Sandy A. Grimm, 57, of Wiconisco, passed on to be with the Lord while at home Jan. 30, 2021, after a courageous battle with cancer with her family by her side. Born Nov. 26, 1963, at Harrisburg Hospital, she was daughter of Wilson Snyder Jr. and the late Melba Neiman and foster daughter to David and the late Barbara Flores Kerchner. Sandy was such a happy and strong-willed woman. She enjoyed backyard work whether planting flowers, cutting the hedges, cooking on the grill, or even just relaxing with her family listening to music on the radio or swimming with her granddaughter in the pool. Sandy also enjoyed working on Sudoku puzzles, putting together large puzzles, and watching classic sitcoms with her son. She also was gifted in crocheting, making blankets over the years for friends and family. Wildwood, N.J., was a favorite vacation spot for her ever since meeting her husband of 35 years, spending time on the beach and enjoying the boardwalk. When she used to visit her son, they used to go out and eat all the time and shop until they dropped. Besides every summer going to Wildwood, she and her son also enjoyed visiting her foster family spending a few days at a time, her home away from home. It was during the last few years her granddaughter also enjoyed. Her greatest memories were of her family and foster family. She made many friends over the years giving the shirt off of her back, if needed, to help those in need. She donated blood every year until she couldn’t anymore, and gave to different charities across the United States. She was the greatest wife, mother, grandmother and sister anyone could ever ask for. Her family was her life. She worked in maintenance at Walmart in Elizabethville. She was a member of First Baptist Church, Lykens, having been there since a child. Her favorite hymns were “What A Friend We Have In Jesus” and “Amazing Grace.” Surviving are her husband, Greg of Wiconisco; they would have been married 36 years in April; a son, Greg Jr. of Coal Twp.; a granddaughter, Bailee also of Coal Twp. She is also survived by her father, Wilson Snyder Jr. of Wiconisco; brothers, Sherman and Edward Snyder; sisters. Zebrila Schreiber, Marshia, Sheila and Kristie Snyder. Sandy also is survived by her foster dad, David Kerchner; foster brothers, Eric and Tom Kerchner; foster sisters, Catherine McKeever, Rachel Holmes, Mary and Susan Kerchner. She also has many nieces and nephews. Sandy was preceded in death by her mother, Melba Sechler; foster mother, Barbara Kerchner; a brother, Wilson Snyder III and her beloved dachshund, Toby. Private graveside services will be held at the convenience of the family. Minnich Family Funeral Homes Inc., Williamstown (the former John R. Shultz Funeral Home), is handling arrangements. To sign the online guestbook, go to min nichfuneral.com Paid by funeral home