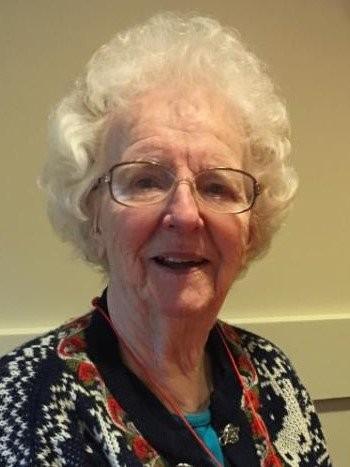 Ruth Messner Bender
TOWER CITY • Ruth E. Messner Bender, of Tower City, passed away Monday, May 18 at Heritage Mills Personal Care Home.
Born in Philadelphia, Aug. 13, 1923, she was a daughter of the late Joseph and Mary Klinger MacGaughlin.
Ruth graduated in 1941 from Tower City High School and in 1945 from West Chester State Teachers College. She served in the U.S. Coast Guard during World War II.
She was a member of St. Paul’s Lutheran Church, Tower City, and a 73-year member of the Glen Chapter No. 425, Order of Eastern Star, Lykens.
Ruth was a retired elementary school teacher for the Williams Valley School District.
In addition to her parents, Ruth was preceded in death by husbands Mark Messner in 1979 and Harold Bender in 2010.
She is survived by two daughters, Elizabeth Herb and her husband Jim of Wiconisco and Jane Golliday and her husband Keith of Gerrarrdstown, W.V.; two stepdaughters, Carol Condran and her husband Oliver and Linda Keen and her husband Darryl, both of Middletown; two granddaughters, Mary Kinnie and her husband Donald and Daisy Golliday (Zachary Wigfield) both of W.V.; two great-grandsons, Marshall and Lionel Kinnie.
Private services will be held at the convenience of the family from the Chapel of the Dimon Funeral Home, Inc., with Pastor Laura Csellak officiating.
Burial will be in the Greenwood Cemetery.
Memorial donations in Ruth’s name should be made to St. Paul’s Lutheran Church, 415 E. Grand Ave., Tower City PA 17980.
To sign the online guestbook, visit dimonfuneral home.com
This is a paid obituary