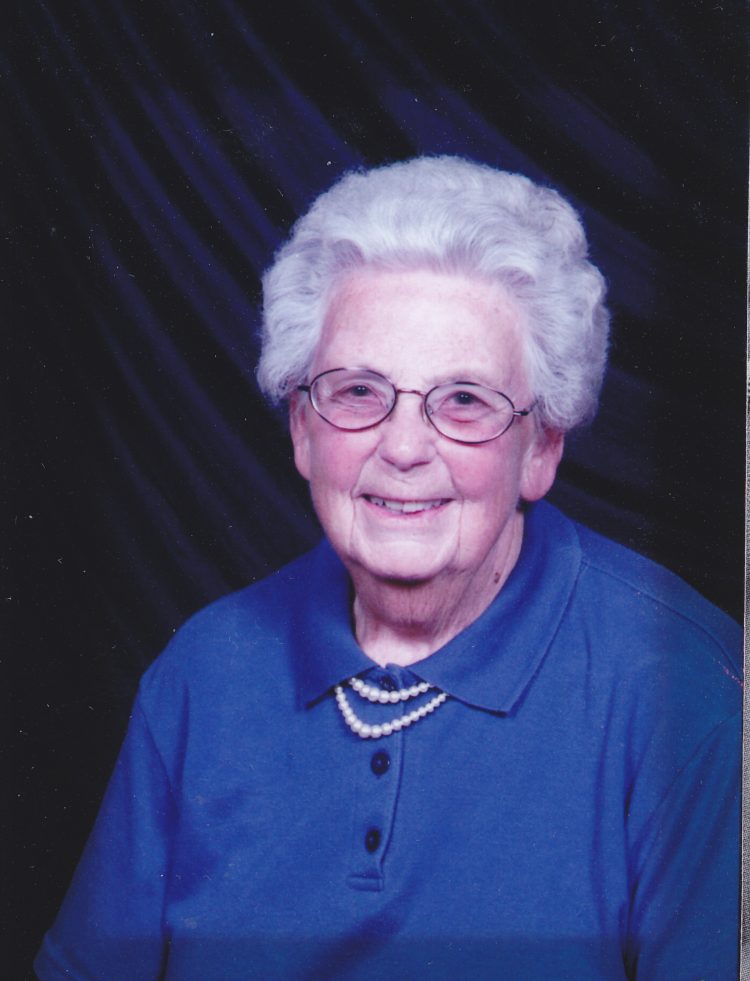 MILLERSBURG • Ruth G. Riegle, 91, of Millersburg, passed away Dec. 17, 2020, at Stonebridge Nursing Home, Duncannon. She was born in Millersburg Feb. 1, 1929, the daughter of the late Harry and Amy (Bonawitz) Goodling. She was preceded in death by a brother Dr. Richard A. Goodling, and was the widow of the late Ralph M. Riegle. She was a graduate of Millersburg High School, Class of 1946; a graduate of the former Indiana State Teachers College (Pa.) with a bachelor’s degree in elementary education. Later she earned a master’’s degree in adult education from George Washington University. Her 30-year career in education included teaching in Lower Yoder Township (Johnstown), Susquehanna Township (Harrisburg), and Millersburg with 24 years as an elementary guidance counselor. She also spent 11 years as a professional worker in Girl Scouting, having assignments with the former Lancaster County Council (director of Furnace Hills Camp), national staff at Camp Rockwood (Md.), and camping adviser with the former Susquehanna Council. Her memberships included Trinity United Church of Christ, where she was a former member of the Consistory and choir, Beta Theta Chapter of Delta Kappa Gamma, Dauphin County Chapter and State of Pa. Association of School Retirees, Millersburg Ferryboat Association, Historical Society of Millersburg and Upper Paxton Township, Ned Smith Center for Nature and the Arts President’s Club and the Ladies Golf Association of Lykens Valley Golf Course. She was an avid collector of mice memorabilia. Her other hobbies included knitting, reading, solving puzzles, volunteering at Ned Smith Center, following college basketball – especially her beloved Duke University Blue Devils. She also served as scorekeeper for the Millersburg Area School District’s boys’ and girls’ basketball teams for 33 years. Ruth is survived by a loving step family consisting of her daughter Christine Walter (Bruce), a granddaughter Dana Witmer (Jonathan), a grandson Timothy Walter (Brooke), great-grandchildren Haley, Zachary and Wesley Witmer, and Macy and Zoey Walter. She also is survived by nephews Rick, Dave and Jim Goodling, and nieces Elizabeth Gibbons and Rebecca Saitta. Burial will be at the convenience of the family at Oak Hill Cemetery. A memorial service for friends and family will be held at Trinity UCC, Millersburg, Tuesday, Dec. 29 at 11 a.m. There will be a period of visitation from 10-11 a.m. at the church. Memorial donations may be made in Ruth’s name to Ned Smith Center for Nature and the Arts, Millersburg Ferryboat Association or to Trinity UCC. Hoover-Boyer Funeral Home, Ltd., Millersburg, is handling the arrangements. To sign the guestbook, go to minnichfun eral.com Paid by funeral home