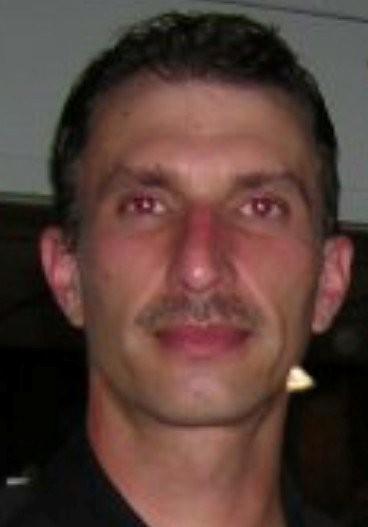 TOWER CITY • Ronald L. Masarik Jr., 53, of Tower City, passed away Sunday evening, Sept. 8 at Carolyn’s Hospice House, Harrisburg, after a courageous and valiant fight with melanoma for the past 4 1/2 years. Born in Pottsville, Dec. 13, 1965, he was a son of Ronald Sr. and Roberta Grimm Masarik, Tower City. Ron was a 1984 graduate of Williams Valley High School. He was employed by Pyramid Construction, Wormlysburg. Ron was a member of Sts. Peter and Paul Roman Catholic Chapel, Tower City. He was an active member of the Orwin Fire Co. where he had served as assistant chief. He enjoyed being in the outdoors, especially hunting and fishing. He loved spending time with his family and many friends. Ron will be remembered for his infectious smile and positive attitude. Surviving in addition to his parents are his wife of 30 years, Kelley Brennan Masarik; two children, Susanna Masarik, Orwin, and Ronald R. Masarik, Tower City; two grandchildren, Ty and Angelina; two sisters, Machelle Snesavage and Ann Marie Masser, both of Tower City; his father-in-law, William Brennan, Williamstown, and his mother-in-law, Virginia Mione, Tower City; nieces, nephews, aunts, uncles and many dear friends. Following Ron’s wishes, there will be no services. Remember Ron the way he would want you to, with a smile. Donations in his memory can be made to the Orwin Fire Co., 333 Dietrich Ave., Tower City, PA 17980, or Carolyn’s House, 1701 Linglestown Rd., Harrisburg, PA 17110. The Dimon Funeral Home & Cremation Services, Inc., was entrusted with the arrangements. To sign the guest book, visit dimonfun eralhome.com This is a paid obituary