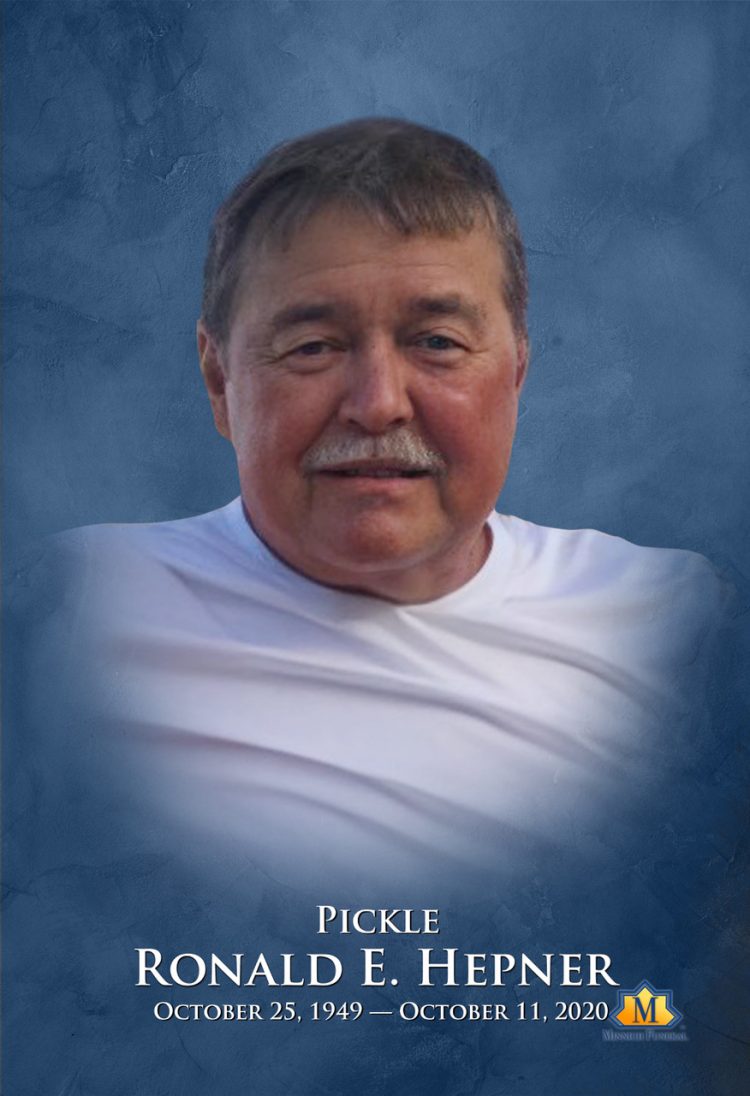 MILLERSBURG • Ronald E. “Pickle” Hepner, 70, of Millersburg died Oct. 11, 2020, at home with his family. He was born Oct. 25, 1949, in Harrisburg, Pa., the son of the late Charles E. Hepner and Betty (Lehman) Hepner, who survives him. Ronald was married to Jane (Douty) Hepner for 47 years. He retired as a Steel Worker from Bethlehem Steel, and after retirement he then retired as an aid for the Millersburg Area School District. For 27 years he coached soccer, baseball and softball for the community and the school. Ronald was a member of Grace UM Church, Millersburg, where he was a Sunday school teacher/ superintendent, and was a head usher and trustee. He served as a supervisor for Upper Paxton Twp. for 12 years and was a past member of the Millersburg Ferryboat Association. In addition to his wife and mother, he is survived by his children Tiffany Caudle and her husband Jeff of Austin, Texas, and Brian Hepner and his wife Angela of Palmyra; grandchildren Alivya, Evan and Nolan. He also is survived by brothers Rich Hepner of Millersburg, Doug Hepner of Brogue, Dennis Hepner of Halifax, and several nieces and nephews. Services were held Oct. 17 at Grace United Methodist Church, Millersburg. The family requests that memorial donations may be made to his church, Grace UM Church, 982 Medical Rd., Millersburg, PA 17061 or Hospice of Central PA, 1320 Linglestown Rd., Harrisburg, PA 17110. Hoover-Boyer Funeral Home, Ltd., Millersburg, handled the arrangements. To sign the guestbook, go to minnichfuneral.com Paid by funeral home