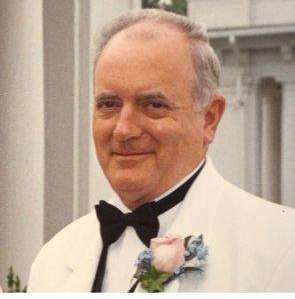 TOWER CITY • Robert J. Clifford, 77, of Tower City, passed away Sunday morning, June 7 at his home. Born Aug. 10, 1942, in Tower City, he was a son of the late Jeremiah and Pauline Kopp Clifford. Bob was a 1960 graduate of the former Williamstown Catholic High School. He worked for many years as an independent coal miner. He retired from TYCO, Lickdale, in 2018. He was a lifelong faithful member of the Sacred Heart of Jesus Catholic Church, Williamstown; the Williamstown American Legion and the Williamstown VFW. Bob enjoyed collecting and displaying his model trains. He was an avid fan of Notre Dame and enjoyed his trips to football games numerous times a year with his friends. Bob’s greatest joys were when he was surrounded by his family, whom he dearly loved. In addition to his parents, he was preceded in death by a brother, William Clifford, and a sister, Jean Flynn. Surviving are his wife, Joyce Rhoades Clifford; one daughter, Stacey Pautienus, Esq., and her husband William of Tower City; a brother-in-law, Michael Flynn of Williamstown; his niece, Michele Grow and her husband Jeff and their children, Mickayla, Maison and Maddin Grow, of Lykens. Bob will be laid to rest privately at the Sacred Heart Catholic Cemetery, Williamstown, with Revs. Michael Opaki, AJ and Annette Shutt officiating. Memorial contributions in his name can me made to the Sacred Heart Church, c/o Parish Office, 732 Main St., Lykens PA 17048 or the Williamstown American Legion, 123 W. Market St., Williamstown PA 17098. The Dimon Funeral Home & Cremation Services Inc. is honored to serve the Clifford family. To sign the online guest book, visit dimonfuneralhome. com
Paid by funeral home