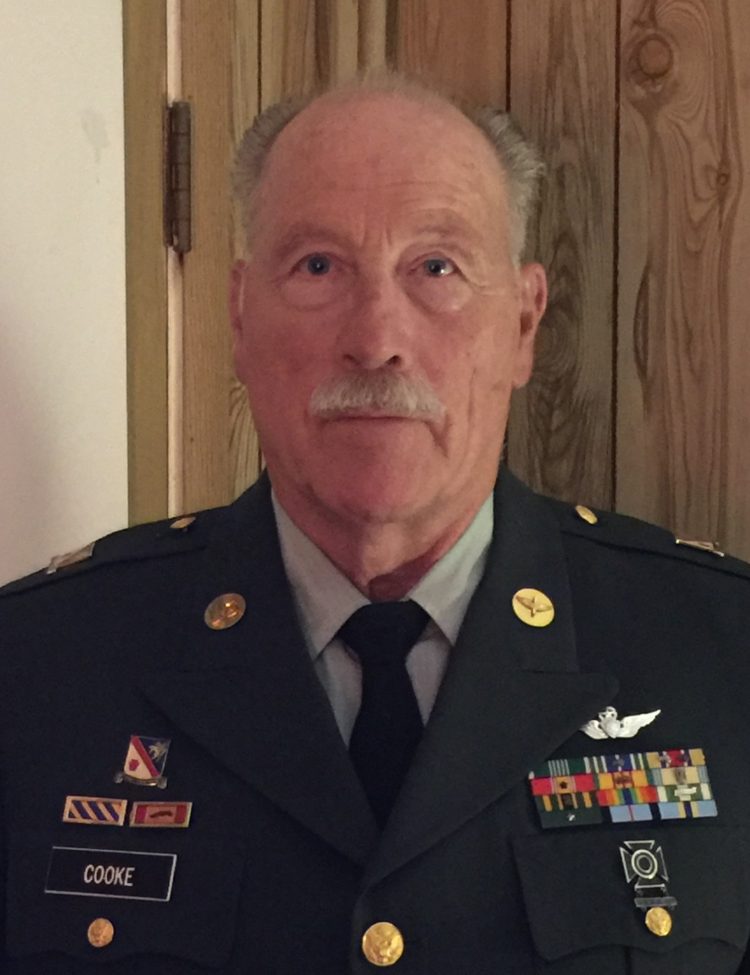 ELIZABETHTOWN • Ralph L. Cooke, 72, of Elizabethtown, Pa., passed away unexpectedly Sunday, Oct. 11, 2020, in Middletown, Pa. He was born May 7, 1948, in Danville, Pa., the son of the late Donald K. and Mary Ellen Herman Cooke. Ralph graduated from Middletown Area High School. He loved his country and served faithfully in the U.S. Army National Guard for 41 years from 1967-2008 as an aircraft mechanic. He enjoyed working part time at Germak Electrical in Middletown for the last 10 years. Ralph was a lifetime member of the American Legion and VFW. He was also a lifetime member of the Friendship Fire Company Social Club in Lebanon, Pa. He loved fishing and hunting. He will be remembered as a selfless, caring man, who would lend a helping hand to anyone who needed help and certainly was a jack-of-all-trades. A tenderhearted, kind soul, Ralph was loved and befriended by many, and he will be deeply missed. Most of all, Ralph adored his family including his daughter and granddaughter, who were the core of his life and meant more to him than anything else. He is survived by one daughter, Hope L. Cooke and one granddaughter, Kaylee M. Phillips; both of Lykens, Pa., as well as one granddaughter, who is expected in February. Also surviving are many nieces and nephews. Ralph was preceded in death by three brothers, Thomas D. Cooke, John E. Cooke and Frederick A. Cooke. Relatives and friends are invited to attend a graveside service to be held Tuesday, Oct. 20, 2020, at 2 p.m. at Straub’s Lutheran Church Cemetery, 639 Frosty Valley Rd., Danville, Pa., with Pastor Greg Molter officiating. Military rites will be accorded by the American Legion Post 40, Danville, Pa. Memorial contributions may be made to American Legion Post 40, 425 Northumberland St., Danville PA 17821. Visneski Funeral Home, Danville, handled the arrangements, visneski.com Paid by funeral home