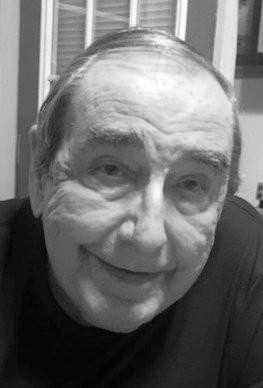 TREMONT • Ralph I. Boyer, 81, of Tremont, passed away Monday night, Sept. 23 surrounded by his family. He was born in Pottsville, April 18, 1938, a son of the late Irvin and Florence Machamer Boyer. Ralph was a veteran of the U.S. Air Force. He was a retired as a quality inspector from Penn Dye, Pine Grove. He was of the Protestant faith. He enjoyed hunting, the outdoors and spending time with his family. He was all around handyman. In addition to his parents, he was preceded in death by a brother, Ronald Boyer. Surviving are his wife, Karyl E. Krammes Boyer; three daughters: Pamela K. Swingle (William), Newtown; Angela G. Maley, Tremont; and Kimberly R. Frey (Christian), Schuylkill Haven; seven grandchildren: Tara, Tylor, Kirsten, Meg, Tiffany, Tavian and Tanae; and nine great-grandchildren. Funeral services were held Sept. 30 from the Chapel of the Dimon Funeral Home, Inc., Tower City. Burial with military honors was in Indiantown Gap National Cemetery. In lieu of flowers, donations can be made to the Ruth Steinert Memorial SPCA, 18 Wertz Rd., Pine Grove, PA 17963. To sign the guest book, visit dimonfuneralhome.com
This is a paid obituary