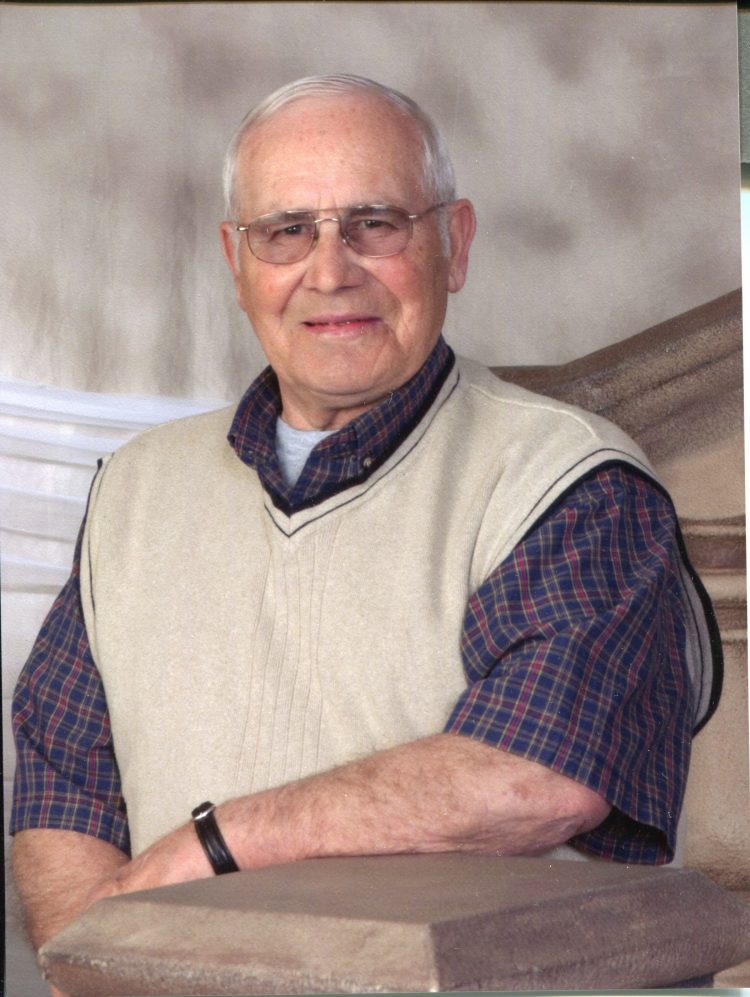 Paul R. Etzweiler
MILLERSBURG • Paul R. Etzweiler, age 90, passed away Friday, June 12, 2020, at Premier at Susquehanna. He was born May 24, 1930 in Upper Paxton Twp., son of the late Harvey Sr. and Lizzie (Shaffer) Etzweiler. He lived in Millersburg most of his life. He was called dad by his children, pappy and pap-pap by his grandchildren, and uncle Paul by his many nieces and nephews. Family togetherness was important to him. The last few years of his life he looked forward to our monthly picnics outside on the lawn at Premier. He retired from Witmer Motors where he worked as a parts-man. After retirement, he continued working as a school bus driver. He also was a farmer and raised animals. He was a member of David’s Community Bible Church, Millersburg, where he served as an adult Sunday school teacher for many years. He also served on consistory and was a member of the choir. Paul was a U.S. Army veteran having served in Korea as a Sergeant and Field Artillery Cannoneer. He was a member of the 176th Armored Field Artillery Battalion that was cited for outstanding performance of duty and extraordinary heroism. Paul was awarded a Korean Service Medal with two Bronze Service Stars. He was also a member of the National Guard. Paul loved country/bluegrass music. He bought himself his first guitar from the Sears and Roebuck catalog and taught himself to play. He played in many bands and also called for square dances. He passed his love of music to his children. The Etzweiler Family sang together at various events, churches and nursing homes. The Lykens Valley Bluegrass Band was formed in 1979. The band remained active for about 30 years and released six albums. One of the highlights for Paul was opening for Willie Nelson. Paul was married to Grace (Smith) Etzweiler for 50 years prior to her passing in 2003. In addition to his wife, he was preceded in death by brothers Earl, Marlin, George, Robert, Fred, Harvey and John, and sisters Helen, Dorothy, and Betty. He is survived by four children, Brenda Kantner (Edward), Ken Etzweiler (Wendy), Ron Etzweiler (Tina) and Jason Etzweiler (Marlo). There are six grandchildren; Justin Kantner, Ryan Kantner, Nick Etzweiler, Keith Etzweiler, Sadie Etzweiler and Sam Etzweiler and four great grandchildren; Evan, Bailee, Willa and Maise. Paul is also survived by one brother, James. Interment will be private at the convenience of the family. A Celebration of Life Service will take place at a future date. in lieu of flowers, memorial contributions may be made to David’s Community Bible Church, 1072 Route 25, Millersburg PA 17061. Hoover-Boyer Funeral Homes Ltd., Millersburg, handled the arrangements. Please sign the online register book at minnichfuneral.com Paid by funeral home