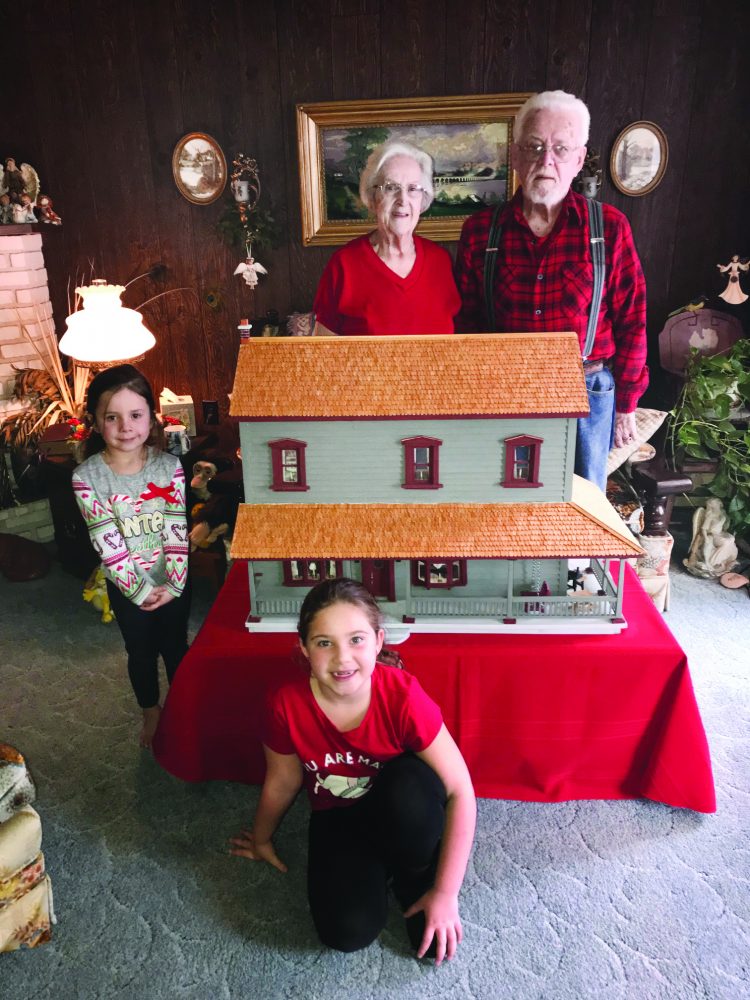 In a decades-long career as a carpenter, Tom Lewis no doubt put smiles on the faces of many homeowners with his work.

More recently, he’s been putting smiles on some smaller faces.

Now 87, the Reinerton man has deployed his talents to hand-building dollhouses – and the furnishings – for his great-granddaughters.

House No. 3 was presented Dec. 22 to Brielle Hand of Wilkes-Barre.

“It was amazing,” the 7-year-old said about first seeing it.

The exterior includes a full porch with a swing, picnic table and – Brielle’s favorite – an outdoor grill painted to look as if it’s in use. “I do the furniture first, then I build the house to fit the furniture,” Lewis said.

Lewis not only built the house and furnishings, he hand-crafted 4,460 roof shingles from select white pine.

And he hardly broke a sweat doing it.

Lewis doesn’t track his work hours on each house, but he did count the number of roof shingles he made.

He also gets a lot of satisfaction from seeing his great-granddaughters playing with their gift and enjoying it.

That’s what Brielle and her cousin, Isabella Aguilar of Williamstown, were doing prior to the Sentinel’s arrival Dec. 22.

Isabella, age 4, received House No. 2 last Christmas. Brielle’s older sister, Kyla Hand of Wilkes-Barre, now 13, received the first one when she was age 2.

There will be more on Lewis and his craftsmanship in the Sentinel in 2019.

Pictured above: Brielle Hand happily displays the dollhouse hand-built by her great-grandfather, Tom Lewis (standing, right). He also crafted all the furniture (below). They are joined by (at left) Brielle’s cousin Isabella Aguilar; and Lewis’ wife Kathryn. 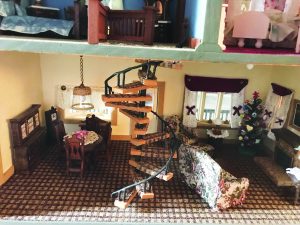 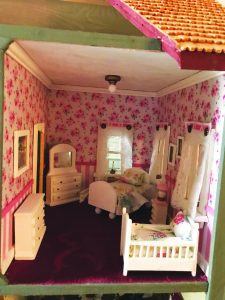