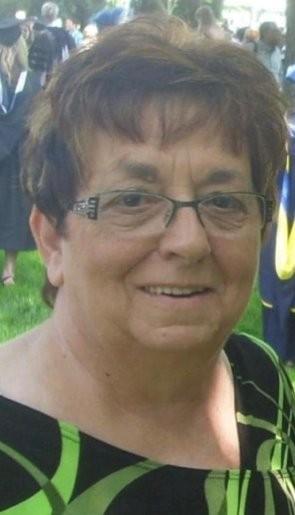 WILLIAMSTOWN • Nicola A. “Nicky” Zerby, 74, formerly of Williamstown, passed away peacefully in her sleep Monday, Sept. 28, 2020, at Star Hill Rest Home, Monroe Twp. Born Sept. 22, 1946, in Shamokin, she was a daughter of the late Leroy and Edwina Mattia Phillips. Nicky worked as a seamstress in the garment factory. Following the closing of the factory, she graduated from Empire Beauty School and was a nail technician for several years. She enjoyed ceramics, reading, baking and cooking. But above all, her grandchildren were her world. In addition to her parents, she was preceded in death by her husband of 51 years, C. Robert Zerby, May 2, 2015, and a son Charles “Bobby” Zerby, June 8, 2018. Surviving are a brother, Lee “Bump” Phillips of Williamstown; a son, James Zerby of Williamstown; daughter-in-law, Patti Zerby of Maryland; she was the best Memmy to Krista, Kara, Emily and James Zerby; nieces, nephews and cousins. Following Nicky’s wishes, there will be no services. She will be laid to rest privately at the Fairview Cemetery, Williamstown. The Dimon Funeral Home & Cremation Services Inc., has been entrusted with the arrangements. To send condolences to the family, visit dimonfuneralhome.com Paid by funeral home