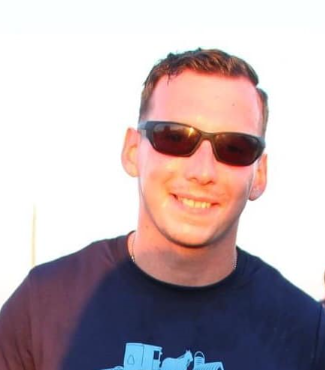 HALIFAX • Michael D. Strohecker, 31, of Halifax, passed away suddenly, Tuesday April 14 at his home in Halifax. He was born in Harrisburg May 20, 1988.
Michael attended Halifax schools throughout most of his upbringing where he was active in wrestling, football and scouting. He was a graduate of New Hope Academy in Factoryville, Pa., and attended Liberty University in Lynchburg, Va., where he achieved excellence in his studies for a major in strategic intelligence, a minor in Mandarin Chinese and a minor in military science.
His most prized accomplishments were as a cadet within the Army ROTC, where he hungered greatly to serve our nation. His greatest desire in this life was to serve as a soldier or Marine. His health problems were a hindrance to those dreams that he strove valiantly to overcome. Sadly, those specific dreams of service to our nation will remain unfulfilled.
Michael’s hero in life was Mark Divine, who had overcome many of the same trials that Michael faced and went on to become a highly decorated Navy Seal before writing Unbeatable Mind: Forge Resiliency and Mental Toughness to Succeed at an Elite Level. Beyond God’s Word, this was Michael’s go-to book for inspiration and courage. Michael’s best friend in life was Ryan Samsel, an exceptional veteran Recon Marine who brought forth the warrior spirit that Michael constantly strove to achieve and maintain. Michael attended Christian Life Assembly, located in Camp Hill, and was baptized at Cornerstone Church in Leesburg, Va., where he proclaimed his faith in Jesus Christ.
As Michael departed for his eternal home, his suffering with an incurable disease ended. He is now in the presence of his Lord and Savior Jesus Christ. Despite all of Michael’s trials and tribulations in life, he was adamant concerning his faith in Christ until the very end. His favorite scripture was Philippians 4:13: “I can do all things through Christ who strengthens me.”
Michael nearly lost his battles in life on several occasions over the past years. Christ did indeed strengthen him throughout, sustaining his life through surgeries and unrelenting pain, while most importantly sustaining his faith.
We all wish that Michael could have overcome all obstacles that prevented him from fulfilling his life’s dreams, but it was not to be. We submit to our Lord’s will in this regard.
Michael was preceded in death by his paternal grandfather, Dean O. Strohecker, who now shares his love of double deck pinochle with his grandson as an eternal partner. Surviving are his father, David L. Strohecker, his mother, Donna L. Strohecker, a brother Mitchell L. Strohecker of Halifax, a sister Christina L. Fidler and her husband Steve, nephew Joshua Fidler, niece Ava Fidler, and nephew Elijah Fidler of Leola, grandmother Margaret Strohecker of Lykens, grandparents Donald and Gladys Leitzel of Wiconisco; aunts, uncles, and many many dear friends, who loved Michael greatly and accepted him for the loyal, kind, caring, loving, compassionate, strong-willed, intelligent, beautiful person that we will all remember him as. His parents, Donna and David Strohecker loved Michael immensely and walked his trials with him for many years, providing unconditional love.
A celebration of Michael’s life will be planned and announced at a later date once we are able to congregate in the midst of this pandemic.
This is a paid obituary