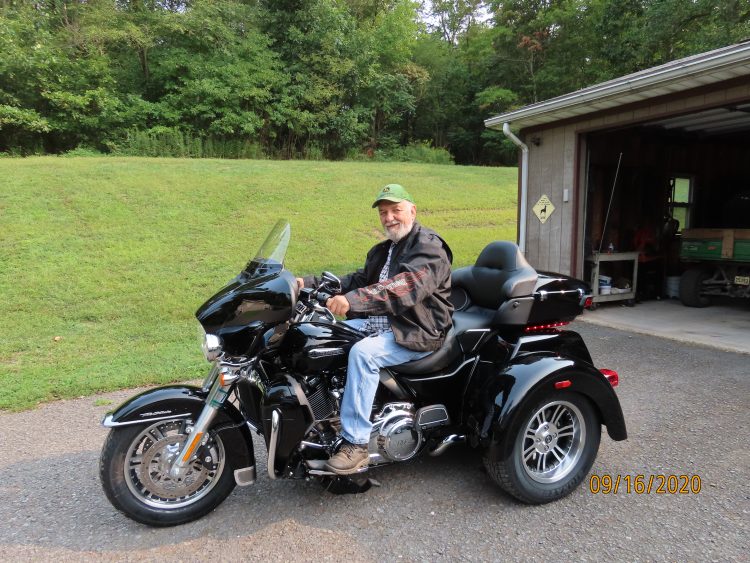 HALIFAX • Melvin Robert Lebo Jr., 75, of Halifax died Feb. 26, 2021, at UPMC West Shore Hospital. He was born Nov. 26, 1945, in Harrisburg, Pa., the son of the late Melvin and Erma (Klinger) Lebo. Melvin was married to Deborah (Snody) Lebo for 46 years, who recently passed March 11. He retired as a tinsmith after 40 years of service from Mittal Steel in Steelton, Pa. He also retired from Sears at the Capital City Mall after 26 years as a security guard. Melvin enlisted in the U.S. Army and served from to 1965- 1971. He was a member of the American Legion in Millersburg. Melvin enjoyed spending time with his son Chad riding his Harley-Davidson, motorcycle trips with Marc and Mike, hunting deer and the days when he would travel to Colorado to hunt. He is survived by his three sons, Chad Lebo (Tiffany) of Halifax, Michael Leitzel (Julie) of Elizabethville, and Marc Webster of Halifax; stepson, Matthew Webster of Dalmatia and stepdaughter Rebekah Webster of Halifax. He also is survived by his grandchildren, Gregg Webster (Brianne) of Harrisburg, Megan Wolfe (Glen) of Elizabethville, Seth Leitzel of Madison, Wis., John Leitzel (Payton) of Lykens, Sarah Leitzel of Barboursville, W.V., Nathan Webster of Dalmatia and Jason Webster (Courtney) of Halifax; seven great-grandchildren, and his best buddy Buttons. Memorial contributions can be made to the American Legion, 527 Market St., Millersburg PA 17061. A funeral service for both Melvin and Deborah was held March 22, 2021, at Hoover-Boyer Funeral Home Ltd, Millersburg. Burial was at Riverview Memorial Gardens, Halifax. Hoover-Boyer Funeral Home, Ltd., a Minnich Funeral location, is handling the arrangements. To sign the online guest book, go to min nichfuneral.com Paid by funeral home