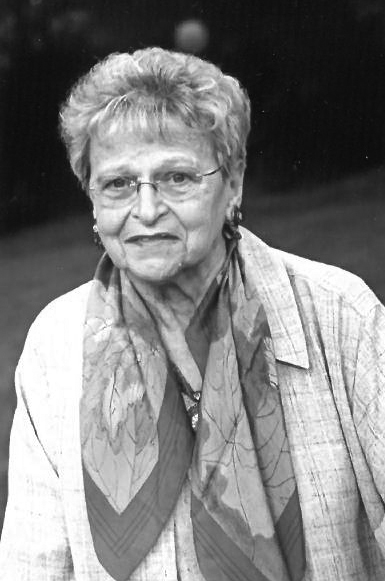 RALEIGH, N.C. • Mary Gladys Neubold, 91, of Raleigh, passed away Thursday, Aug. 1, 2019, at 1 p.m. She was born Sept. 1, 1927, in Millersburg, Pa., to the late William Arthur and Jennie Irene Feidt Coleman. When she was two years old she was featured on a postcard for the baby parade. She has many happy memories of tent camping by the Susquehanna River with her parents and siblings. Before moving to Raleigh, N.C., Mary was a member of Colonial Park United Church of Christ in Harrisburg for many years. She participated in Sunday School and the Friendship Club. Mary began working during the summers in high school at the Johnson-Baillie and Muskins Shoe factories. After graduation, she worked in offices, retail, a golf course and even sold ice cream at the Newport Creamery in Rhode Island. She loved having a job and going to work. Mary knew LeRoy Elwood Neubold from school, and they became more acquainted when she went to the roller-skating rink where he worked. After school, LeRoy joined the Navy, making it a career. They wrote the entire time he was at sea, and they were married on Christmas Day 1945. They traveled extensively during his time in the service. They were on a bowling team, would often go to Hershey Park, and traveled to Florida when Disney World opened in October 1971. In 1967, Mary started working for Velter Products and Blue Mountain Spring Water Companies in Harrisburg and retired 25 years later in 1992. In addition to her parents, Mary is preceded in death by her husband, LeRoy Elwood Neubold; sisters Frances Elizabeth and Geneva May and grandson, Scott Neubold. Mary is survived by her son, Terry Lee Neubold (Debby) of Williamsport, Pa.; daughters, Constance Irene Crawford (Larry) of Cary, N.C., and Mary Susan Rouiller (George) of Westminster, Md.; brothers, Ronald Feidt Coleman of Minot, N.D., and Lynn Arthur Coleman of Camp Hill, Pa.; eight grandchildren and 10 great-grandchildren. Graveside services will be held Thursday, Aug. 8, 2019, at 10 a.m. at East Harrisburg Cemetery. There will be an evening viewing from 6-8 p.m. at Hetrick-Bitner Funeral Home Wednesday, Aug. 7, 2019. For driving directions or to share on-line condolences, visit Bitnercares.com
This is a paid obituary