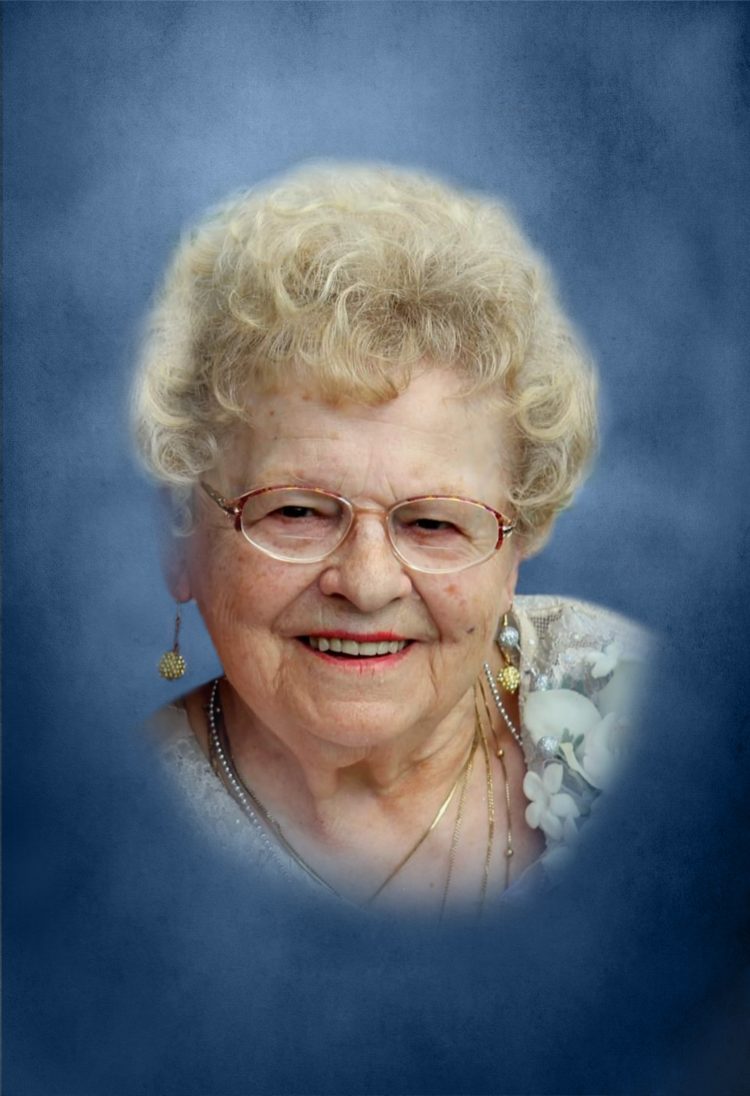 Mary Angle
MILLERSBURG • Mary Angle, 99, of Millersburg, died April 19, 2020, at home.
She was born July 13, 1920 in Osada, Czechoslovakia, the daughter of the late John Gucky and Elizabeth (Dlabik) Goodski-Jacobs.
She was the wife of the late John Schwartz and the late Wiliam Angle.
She was a member of Queen of Peace Catholic Church, Millersburg.
She is survived by daughter, MaryAnn Percoskie of Bradington, Fla.; daughter, Helen Daly of Milwaukee, Ore.; son, John Schwartz of Howell, N.J.; daughter, Elizabeth DiSiano of Divide, Colo.; daughter, Dorothy Kehoe of Millersburg; daughter, Susan Sojka of Millersburg; and daughter, Carol Mannuzza of Forked River, N.J. She is also survived by her 21 grandchildren, 33 great-grandchildren and five great-great-grandchildren.
She was preceded in death by a son, Robert Schwartz; step-daugher, Amanda Corcoran; great-granddaughters, Evangeline Tietjen and Toni Lynn Mannuzza; sisters, Anna Kozloski and Elizabeth Ortyl; brothers, John Goodski, Paul Jacobs, and Al Jacobs.
The Matriarch of our family, Mary was a hard-working Mother. Widowed at the young age of 41 with eight children, her struggles were real and her determination and strength kept her going despite the obstacles she had. Most of all, she had a love for children, lottery, travel and family gatherings. Her love for God, family, and friends was like no other. She loved everyone and will be greatly missed by all who knew and loved her.
Due to current circumstances, the family is planning for a Mass of Christian Burial to be held in July, with burial to follow at St Gertrude Cemetery, Colonia, N.J.
Her obituary will be updated and republished when a date has been chosen.
Hoover-Boyer Funeral Home Ltd., Elizabethville, is handling the arrangements. To sign the online guestbook, go to minnichfuneral.com
This is a paid obituary