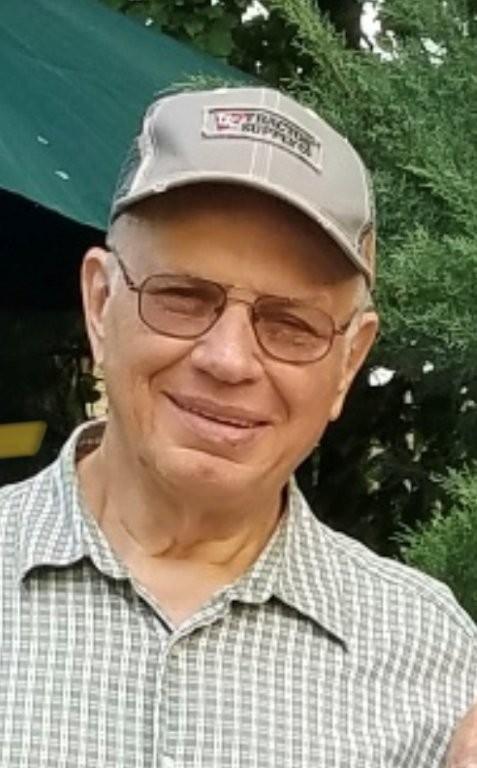 TOWER CITY • The hardest working, most humble and kindest carpenter we have all cherished deeply has gone home to be with The Lord. Marlin Klinger was born May 26, 1941, in Donaldson, raised in Klingerstown and lived in Tower City. He passed away Jan. 3, 2021, after a hard-fought battle with COVID. The birth and death of this wonderful man, however, is not measured by the days he lived but rather by how much he loved to live and lived to love. As a very young man, he learned to work hard and take on whatever job was available to support his family. A self-taught master carpenter, he did home projects for hundreds of families throughout the Williams Valley community. For the past 18 years, he was employed as a carpenter at Ft. Indiantown Gap, where he made many friends, touched even more lives and will be deeply missed. In addition to speaking Pennsylvania Dutch, he had a life-long love affair with scrapple, sausage, bacon and all of the other simple pleasures of life that came from local butchers in and around the Klingerstown area. These past few years Marlin enjoyed polka and square dancing, and belonged to the Square Dancing Association; his love for gospel music led him all over the area to hear local musicians. He came to know and love Jesus during the past 20 years. That love grew daily, and he served as a reminder for all of us to forgive each other, spend time with God and look forward to Heaven. We are all blessed to have learned many valuable lessons from him. Most importantly, the simplicity of living a life with those you love and doing what you love. In addition to his parents, he was preceded in death by his loving wife of 49 years, Mildred “Doll” Kennedy, 2011. Following Doll’s death from ALS, Marlin became active with the annual Schuylkill County ALS Fundraiser, a chapter that his daughter formed in Doll’s memory. He was also preceded in death by a sister Linda Weigley. He leaves behind a legacy of love in his children, Marlin J. Klinger and his wife Teresa, Dan J. Klinger and his wife Susan, Brenda R. Koch and her husband Doug; his five grandchildren, Kaitlin, Joe, Ben, Christian and Cody Klinger; two great-granddaughters, Audra and Evie Kuntz; his loving companion for the past seven years, Leslie Herb; his siblings, Shirley Murray, Robert Klinger, Lois Dunkle and Ray Klinger, whom was blessed to live with Marlin and his family, as well as his nieces, nephews and many dear friends. Due to the current pandemic, funeral services for Marlin will be private from the Chapel of the Dimon Funeral Home in Tower City with Pastor Jim Lewis of the Immanuel United Methodist Church, Loyalton, where Marlin attended with Leslie, was a member and served on the board. He will be laid to rest beside his wife in the Sacred Heart of Jesus Cemetery, Williams-town. There will be a celebration of Marlin’s life announced when the current health restrictions are lifted, and it is safe for everyone to gather. Everyone who remembers Marlin is asked to celebrate his life in their own way. Be it listening to country or Gospel music, doing your best at a home project, or spending time praying; honor his yesterdays with your tomorrows. His legacy lives in all of us when we live as he taught us to, loving God and being honest, humble and kind. This gentle, caring and wonderful man has left a permanent mark etched on our hearts and will be missed by everyone whom he greeted with his smile. Instead of flowers, in his memory and for the glory of our Farther in Heaven, Marlin would hope for you to do an unexpected and unsolicited act of kindness for someone in need. To send condolences to the family, please visit dimonfuneral home.com Paid by funeral home