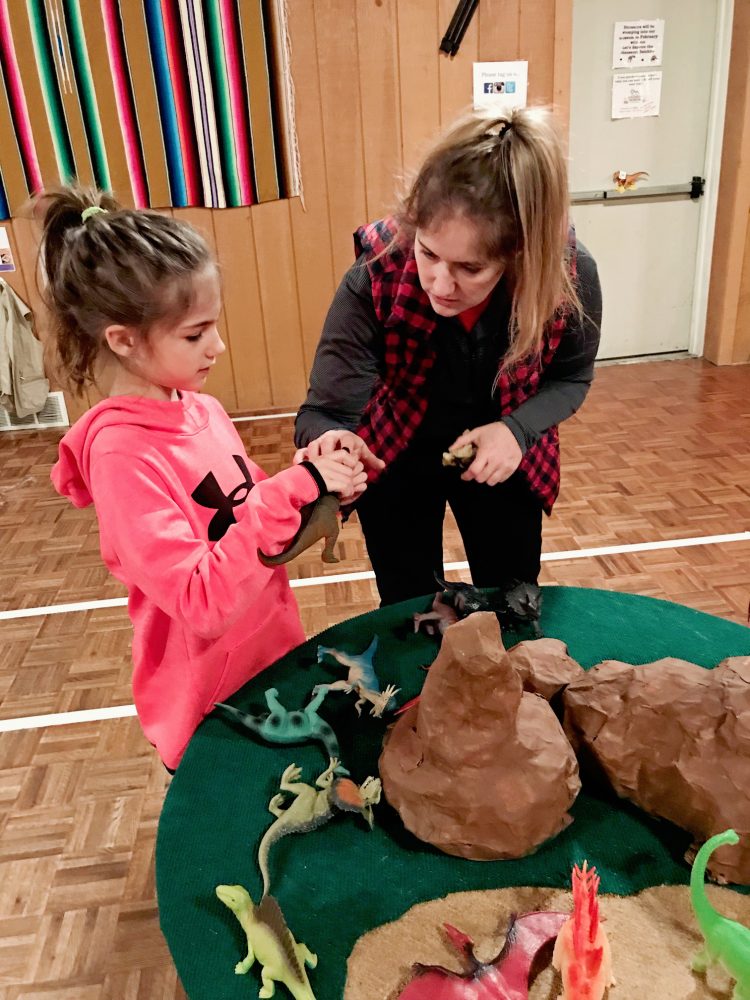 Less than an hour after opening on a recent Saturday morning, the Lykens Valley Children’s Museum already was full of activity. The theme was ‘‘Let’s Explore the Dinosaurs,’’ and plenty of exploring was taking place. Young museum-goers, along with their parents, were learning about the different dinosaurs that once roamed the earth. While some created their own dino-themed artwork, others went on a search for ‘‘fossils.’’ There even was a toy train layout where you could maneuver an engine and cars around a track with dinosaurs around every bend. It was the kind of attendance, and a level of engagement, that co-founders Lisa Ditty and Brynne Manning liked seeing – and hope to see on a regular basis going forward. The museum has a six-month lease at 33 S. Market St. in Elizabethville through the end of August.
‘Now is the time’
‘‘Now is the time to see if this going to work,’’ said Ditty. ‘‘The next six months are going to be crucial for our next step.’’ That ‘‘next step’’ is a more permanent location somewhere in northern Dauphin County, a place where exhibits/activities can be created and stay, or be expanded upon. ‘‘Right now, the exhibits would have to be dismantled. We can’t do any construction,’’ Manning stated. The co-founders remain positive that the museum – which emphasizes hands-on activities, many with a learning focus – will move toward its next step. Attendance was strong for the initial programs that debuted last October and continued through the end of the year. Interest was also high for the birthday parties and other child-oriented functions offered through the LVCM. ‘‘The last four months have gotten us to this point; now, we want to keep stepping it up,’’ Ditty stated. Read More in the Sentinel