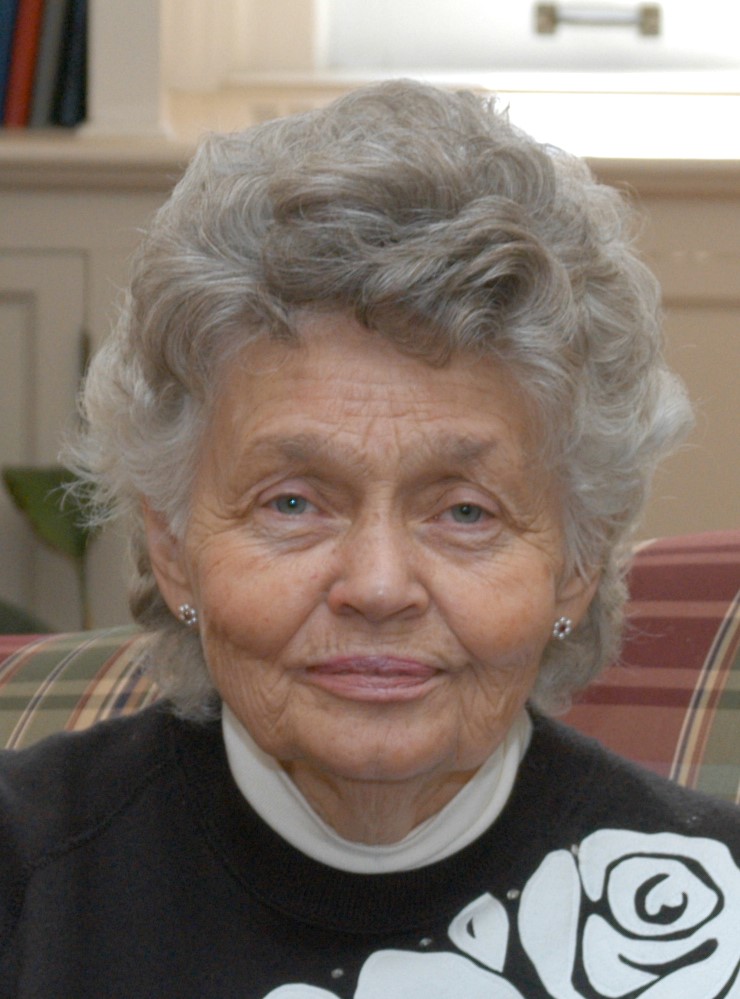 NORTHUMBERLAND • Lucille M. (Groff) Arthur, 88, philanthropist and long-time devoted friend and supporter of Susquehanna University, passed away June 5, 2021, in Northumberland, Pa. Lucille was preceded in death by her parents, Grant and Mabel Groff and her husband, Douglas E. Arthur, with whom she shared 49 years of marriage prior to his passing in 2006. Lucille was born and raised in the Harrisburg area and graduated from John Harris High School. She worked at Nationwide Insurance, where she met Doug and supported him throughout his career with moves that took them to western Pennsylvania before returning to the Harrisburg area. Lucille and Doug were civic-minded persons who were deeply committed to service to others. They lived modestly, invested well and gave generously throughout their lives. Lucille continued this legacy and built upon it powerfully through gifts to Susquehanna University, which was Doug’s alma mater. In 1987, Lucille and Doug endowed the Douglas ’49 and Lucille Arthur Scholarship Fund. The scholarship fund was an expression of their shared commitment and belief that a Susquehanna education is the best way to prepare students for lives of leadership, achievement and service. Lucille and Doug both found deep meaning in becoming acquainted with the Arthur Scholarship recipients, and these students came to understand that Lucille and Doug took a genuine interest in their lives, in supporting them as students and by following their careers after they graduated. Lucille conscientiously clipped newspaper articles about the Arthur Scholars and other members of the Susquehanna University community and sent them along with thoughtful notes of recognition and encouragement. Lucille strongly supported Doug’s devotion to Susquehanna University, and they both became beloved and valued members of the Susquehanna family. They were major donors over the past 30 years through gifts that improved facilities, strengthened programs, helped students and brought recognition to others. In 2004, Doug wanted to buy Lucille a new Cadillac for her birthday. She declined his kindness, saying she didn’t need a new car. Instead, as a continuation of Doug’s steadfast commitment to the university, she proposed that they make a gift to create a permanent addition to the Susquehanna campus – one designed to recognize and encourage fellow graduates to further support their alma mater. Lucille’s generous suggestion gave life in 2006 to the Douglas E. Arthur Plaza, located at the front of the Charles B. Degenstein Campus Center, which recognizes members of the Susquehanna Society — those whose lifetime contributions to the university exceed $1 million. In 2013, Lucille received an honorary Doctorate of Humane Letters conferred in recognition of her commitment to making a difference in the lives of Susquehanna students. Lucille continued to live and teach by example. In 2018, she made a $10 million gift commitment to Susquehanna. As a tribute for the Arthurs’ cumulative gifts, the University named its athletic stadium the Doug Arthur Stadium. A former Susquehanna football player, Doug played for the legendary father-son coaching team of Amos Alonzo Stagg Sr. and Jr. The legacies of Lucille Arthur and her late husband, Doug, will work in perpetuity to ensure a high-quality educational experience for Susquehanna students. Lucille went far beyond providing financial gifts; she shared her heart with a place that is much stronger and better for having the Arthurs as part of the Susquehanna family. Funeral arrangements and burial will be private. A celebration and remembrance of Lucille will be held during Homecoming at Susquehanna in October 2021. Susquehanna wishes to thank the staff of Nottingham Village and particularly Heather Court for its excellent care of Lucille. In addition, the university would like to recognize the efforts of Sara Kirkland, former executive vice president, and Mary Muolo, former director of donor relations and stewardship, in easing Lucille’s path in her later years. In lieu of flowers, contributions may be made to the Douglas E. and Lucille Arthur Scholarship Fund, Susquehanna University, 514 University Ave., Selinsgrove PA 17870-1025. Arrangements are by the V.L. Seebold Funeral Home, 601 N. High St., Selinsgrove. Paid by funeral home