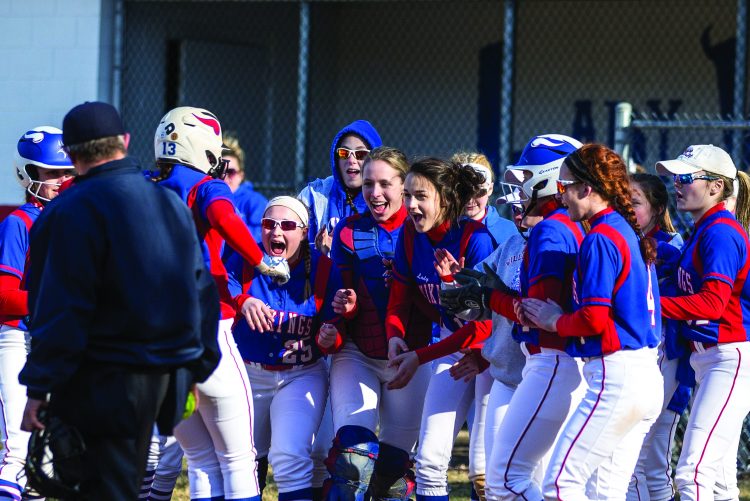 Despite a cold windy day, the bats were smoking for the Lady Vikings, who finishing a March 26 contest against Upper Dauphin Area in just four innings.

Winning pitcher Stevie Unger slammed a two-run homer and had her first shutout of the season to defeat UDA 15-0.

Senior Mya Achenbach also cracked a two-RBI homer to add to the offensive efforts of the Vikes.

After a scoreless first inning for UDA, which struggled at the bats all evening, the Vikings got the game moving quickly in the bottom of the first inning.

In the bottom of the second, a UDA error started the inning with Alex Bogle perched at first. A fielder’s choice retired Bogle, leaving Lainie Shoop at first with one out.