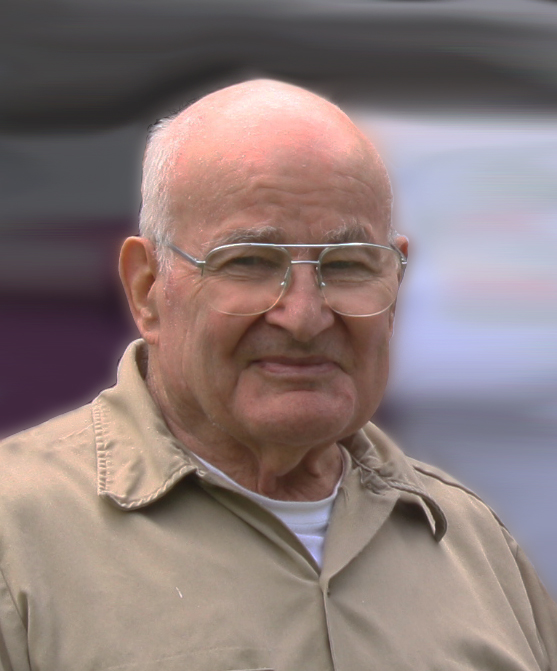 GREAT VALLEY, N.Y. • On April 5, 2021, at the age of 98, Karl K. Kolva, residing at The Pines of Machias, N.Y., pinned on his USAAF wings and set out on his final adventure into the wild blue yonder. Karl was born March 19, 1923, in Halifax, Pa., to Annie (Fetrow) and James Wesley Kolva. He was the middle child and had six sisters and four brothers. He is predeceased by his parents, six sisters, three brothers and one grandson. Karl had a lifelong love of airplanes, and when the opportunity came, he joined the U.S. Army Air Force, learned how to fly and served in World War II as a pilot in the 404th Bomber Squadron stationed in the Aleutian Islands. Karl rose to the rank of 1st lieutenant and was awarded the Asiatic Pacific Theater Medal, World War II Victory Medal, Air Medal with two oak leaf clusters and the Distinguished Flying Cross. After his discharge from the Army Air Force, Karl attended Elizabethtown College, obtaining a bachelor of science in chemistry. It was also there that he met his future wife and lifelong partner Mary Katherine Lau. They married Aug. 5, 1950. In 1951 during the Korean War, Karl was recalled to active military service in the Photographic Mapping Squadron and was stationed in Luzon, Philippines. He was fortunate that he could be stationed there with his wife and infant son. Post discharge, Karl and Mary moved to Rochester, N.Y., where he worked as a mechanical engineer for Eastman Kodak. Karl and Mary had nine children: Dennis, David (Olga), Jeanne (Eugene Rice), Jane, Judy (Guy Montelione), Jill, Janet (Mark) Woodworth, JoAnn (Mark) Kurtis, and Donald (Chris Paszko), all surviving. He also is survived by his wife of 70 years, his brother William, 17 grandchildren and three great-grandchildren. Karl had a spirit of adventure that he shared with his family, taking them camping, canoeing and hiking all over the east coast and spending one entire summer driving to the west coast and back to see as much of America as possible. During his lifetime, Karl traveled to all 50 states and more than 24 countries on all continents except Australia. He also shared his adventurous energy and engineering know-how as an active community volunteer: with Literacy Volunteers, as troop leader and council board member of the Otetiana Council of Boy Scouts, and as part of the effort of rebuilding Hurricane Agnes-damaged houses and business in the Southern Tier. He was most passionate about orienteering. After 35 years of working at Kodak, Karl retired and helped form the Rochester Orienteering Club. He spent many hours making local orienteering maps of Monroe County parks and teaching school and Scout groups about orienteering. His most significant contribution to orienteering in the United States was his work on the Orienteering in the Schools program, which introduced the sport to thousands of students. With Meg Garrett and others on the ROC committee, the guidebook “Orienteering and Map Games For Teachers” was published. In 2009, Karl was given the U.S. Orienteering Federation President’s Award for his lifetime service to advancing orienteering in the United States. Karl continued to participate in orienteering events until he qualified for the “senior” class of age 90 and up. While Karl has punched his final finish control, he will always be remembered. Letters of condolence can be sent to Mary Kolva, 4508 Courtney Highland Dr., Great Valley, NY 14741. In lieu of flowers, memorial donations can be made to the Rochester Orienteering Club through roc.us.orienteering.org or may be sent to: ROC Treasurer Lindsay Worner, 3394 Edgemere Dr., Rochester NY 14612. Funeral arrangements are under the direction of the Letro-McIntosh-Spink Funeral Home Inc., 646 E. State St., Olean, N.Y. Online condolences may be made at LetroMcIntoshSpinkFuneralHome.com Paid by funeral home