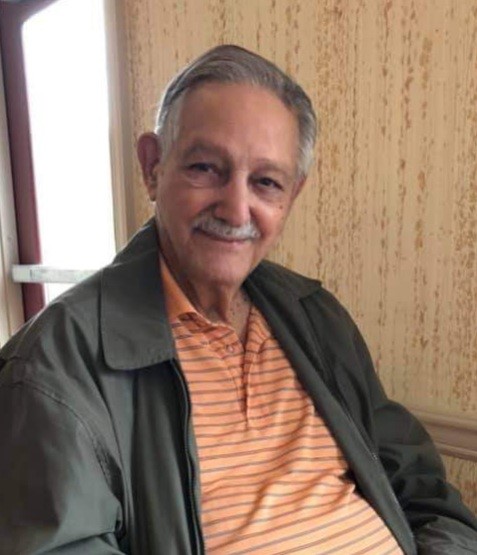 ELIZABETHVILLE • Joseph “Joe” “Bobby” Marra, formerly from Elizabethville, Pa., passed quietly to meet his Creator and be reunited with his loving parents and many siblings at 7:57 p.m. Dec. 17, 2020.   Joe was 88 years old and died at Community General Osteopathic Hospital from complications of the Novel Corona-19 virus.  He had been living in Arden Courts nursing home with the love of his life, his wife Dolores “Dee” Marra, for 18 months. Joe, or “Bobby,” as he was better known in his hometown of Shinston, W.V., was the youngest son of Italian immigrants Salvatore Marra and Mary Francis Aiello, who predeceased him, as did his sisters Catharine, Flora, Anna and Dolores; and his brothers Pasquale, Frank and Johnny. His surviving sister Mary Pernice lives in Ohio. He is survived by his beloved wife, Dolores, to whom he was completely devoted, and his three children: Robert Marra, Leslie Marra and Denise Holden. Joe lived a full and joyful life and was a well-known, retired teacher at Upper Dauphin Area High School. He taught driver’s education, physical education and health. He was also the varsity baseball coach for many years, was assistant football and basketball coach, and later became the athletic director. It’s been said that he taught the majority of people living in Lykens Valley how to drive. “Bobby” was an outstanding athlete in his youth, excelling at football, baseball and basketball. He was an All-American high school football player at Shinston High School, where he was scouted and recruited by John McKay. Subsequently, he attended Oregon on a football scholarship for one season, before returning to West Virginia to play his final three years at Morris Harvey. His legendary skill as a football player is still talked about in his hometown of Shinston. Joe finished college with a bachelor’s degree and went on to achieve a master’s degree in education. He and his wife were both Marines.  In fact, his lifelong love affair with her began in the Marine Corps, at Camp LeJeune, and endured until his death. He was a wonderful father and was dearly beloved by his children, four grandchildren and three great-grandchildren.  Joe loved to garden, play pinochle, read, fish and listen to country music. Joe was cremated and his memorial service delayed until Pennsylvania is once again able to facilitate larger gatherings. Paid by funeral home