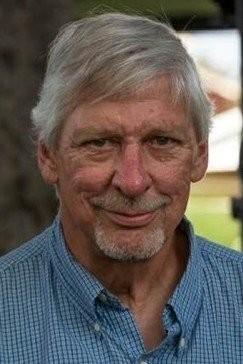 GRATZ • Joseph J. Pendal, Jr., 61, of Gratz, formerly of Lykens, passed away suddenly but peacefully with his family at his side, Thursday, March 26 at the UPMC-Pinnacle, Harrisburg. Born in Lykens, Feb. 22, 1959, he was a son of the late Joseph Sr. and Audrey Margetanski Pendal. Joe attended Upper Dauphin Area High School. He was a U.S. Army veteran. He was retired from Metal Industries, Gratz. Joe was a member of Our Lady Help of Christians Church, Lykens, Knights of Columbus, Lykens, Gratz V.F.W. and also a member of the former American Legion in Lykens. Joe spent many years coaching Little Tigers football. He was a fan of Penn State and Philadelphia Eagles football. He will be remembered as a gentle man with a kind soul. He adored his family; they gave him so much joy and pride. In addition to his parents, he was preceded in death by an infant brother, Gregory Pendal. Surviving are his children, Nathan Pendal (Stacy), Lykens; Ashley Seitzinger (Chris), Doylestown; Hillary Buffington (Matt), Elizabethville and Katelynn Williams (Charlie), Harrisburg; one brother Jeffrey Pendal (Renee), Williamstown; two sisters, Beth Miller (Jim), Harrisburg and Jeanmarie Klinger (Rich), Lykens; his grandchildren he adored, Brianna Pendal and her fiance, Coy Rickert; Kaylee Pendal, Laila and Ben Buffington; Christopher, Gianna and Zachary Seitzinger; his lifelong best friend, Dave Chubb, Lykens; nieces, nephews, aunts, uncles, cousins and many friends. Services for Joe will be announced and published at a later date. Memorial donations in his memory can be made to the Dimon Funeral Home & Cremation Services, Inc., 644 E. Grand Ave., Tower City, PA 17980, which is honored to serve the Pendal family. To send condolences to the family, visit dimonfuneralhome.com
This is a paid obituary