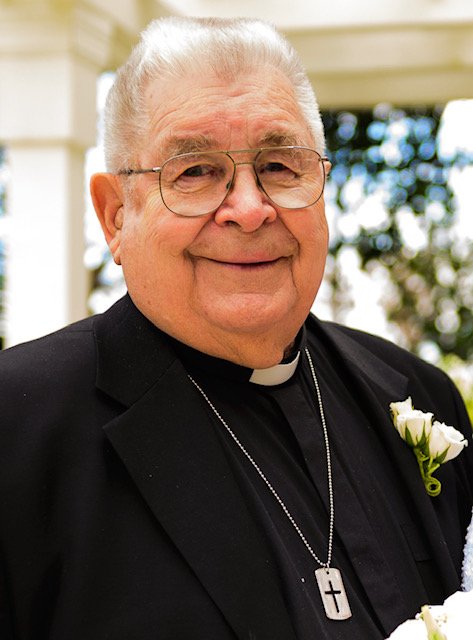 May 7, 1931~ July 28, 2021 TOWER CITY • Joseph Francis Alutius Jr. was born and raised on the 11th block of E. Grand Avenue, Tower City, Pa. In the summer before starting first grade, at 6 years old, he attended vacation Bible school at Saint Paul’s Lutheran Church. There he met Marie Ruth Behney. They dated throughout school and got engaged after graduating in 1949. After high school, Marie attended nursing school in Philadelphia, and Joe built houses in Ohio with his uncle. After Marie graduated from nursing school, Marie and Joe were married at Saint Paul’s Lutheran Church in 1952. Joe started at Asbury College in Kentucky while Marie worked as a nurse. After graduating with a degree in sociology, Joe and Marie moved to Dayton, Ohio, where Joe attended Dayton Theological Seminary, graduating with a master of theology degree. Joe was ordained into the United Methodist Church and accepted his first church in Dayton. During this time, Joe and Marie had their only child, David. In 1963, Joe joined the U.S. Army as a chaplain, receiving a direct commission as a first lieutenant. Joe completed additional education while in the Army, earning a master of history from Long Island University and a master of sociology from Princeton University. He served 20 years in the army, including one tour in Vietnam. He chose to retire near his last duty station, Fort Richardson, Alaska. Joe went to work for the state of Alaska as a parole and probation officer. He served the state for 13 years before retiring to start River of Life Church in Chugiak, Alaska. After 10 years as the pastor, Joe retired to take care of Marie, who had become ill. After Marie died in 2008, Joe helped the church for years to come in any way he could. Joe was attempting to move back to Tower City when his health declined and he passed away at Hershey Medical Center. Joe was preceded in death by his wife Marie Alutius. He is survived by his brother, Albert Alutius and sister-in-law Bernice of Pottstown, Pa.; his sister, Lois Hunter and brother-in-law Clyde of The Villages, Fla.; his son, David Alutius and daughter-in-law Deborah of Tower City, Pa.; granddaughter, Jamie Kuznik and husband David; great-grandsons Logan and Shane of North Charleston, S.C.; grandson, Andrew Alutius, attending McGovern Medical School in Houston, Texas; and granddaughter, Katie Kish and husband Nathan and great-grandson Samuel of Zelienople, Pa. Memorial services will be announced in the near future. In lieu of flowers, the family asks that any donations be forwarded to Athletes in Action, Chugiak/Eagle River Chinooks, PO Box 670001, Chugiak AK 99567. Dimon Funeral Home and Cremation Services Inc., Tower City, has been entrusted with the arrangements. To send online condolences to the family, visit dimonfuneral home.com Paid by funeral home