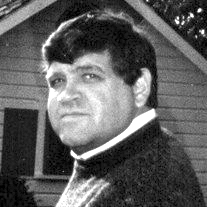 GREENVILLE • John Richard Clough, 72, of Greenville, Pa., formerly a longtime resident of Unity, N.H., passed away March 3, 2019, at UPMC Mercy in Pittsburgh. John was born Feb. 24, 1947, in Wiconisco, Pa., to the late Arthur and Ruth Martin Clough. John attended Juniata College and received his bachelor’s degree in business administration. He went on to become a finance director of the city of Randolph in Vermont for many years. He also owned and managed Westwind Antiques with his wife for more than 15 years. John enjoyed spending time outdoors. He liked to go hiking, fishing and tending to his garden. Being a finance director, he enjoyed investing in the stock market. John also liked giving back to the community by being a volunteer to the Boys and Girls Club and at the Dauphin Mental Health Services. In his spare time John liked to write poetry, and with help from his family, some of his poems were published. John married his beloved wife Dora Markwell Aug. 14, 1987; she survives at home. In addition to his wife, John is survived by his son John Christopher; brothers, Arthur and wife Sandra Clough of Massachusetts, Dave and wife Betty Clough of Lewisburg, Pa.; sister Joan and late husband Sam Wiest of Mechanicsburg, Pa., sisters-in-law, Heather and husband Jorge Hopkins of Warren, Ohio, and Susan and husband James McGee of Branson, Mo. In addition to his parents, John was preceded in death by his brother-in-law Sam Wiest. The funeral service was arranged by Black Funeral Home of Stoneboro. Internment took place in Crestview Memorial Park. Online condolences may be sent to the family by visiting BlackFuneralHomes.net
This is a paid obituary