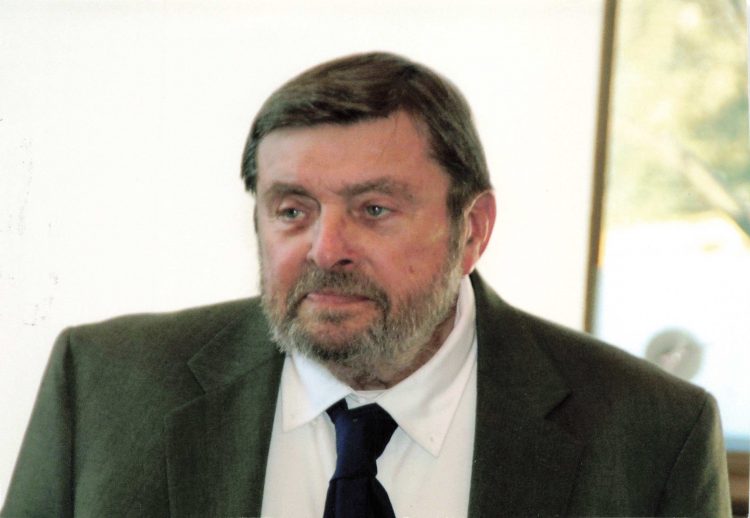 HARRISBURG • John R. Good, 88, of Harrisburg, Pa, passed away peacefully Aug. 7, 2021, at Homeland Center, Harrisburg. John was born Nov. 9, 1932, in Harrisburg, Pa., the eldest son of John B. Good and Lillian E. Good (Pierson). He previously lived in Halifax (Fisherville), Pa. John was predeceased by his wife of 58 years, Cynthia K. Good (Holtz); a son, John H. Good; and two brothers, Richard Good of Georgia and Lawrence Good of Paxtang. He is survived by a brother, James Good of Lykens; daughter, Janice Triestman (Mitch) of Harrisburg; sons, Jeffrey Good (Sheila) of Harrisburg and James Good of Harrisburg; and daughters, Judith Bouder (Toby) of Liverpool and Jeri Zerance (Richard) of Red Lion. He had 11 grandchildren and 11 great-grandchildren. John retired from the Pennsylvania State Department of Labor and Industry in 2002. His previous employers were The Quaker Oats Co., formerly in Shiremanstown and Breyers Ice Cream, formerly in Harrisburg. John was a 1950 graduate of William Penn High School, Harrisburg, and graduated from Central Penn Business College, Harrisburg, Pa., in 1951. John was a generous man who quietly enjoyed doing little acts of kindness for others. He would bring a box of doughnuts to the poll workers on election day and take a bag of Egg McMuffins to the receptionists at his early-morning doctor appointments. John and Cynthia had been volunteers delivering Meals on Wheels and personally helped many in need throughout their lives together. They were generous contributors to various charities and organizations. They raised six children together in a safe and healthy home. They were always ready to give of their time and resources for their family and extended family, even during times when they had little to give. John was the kind of man that those who knew him could go to for sound advice and help for just about anything. John loved to tell jokes to anyone who would listen. He had a sense of humor that he took delight in sharing with others just to bring a little happiness and fun into their lives. His desire to help others and brighten their day was a testimony of his love for Christ, his Lord and Savior. Throughout his life, John was a hardworking man with a work ethic that gave him satisfaction in doing a job well-done to its end, a trait that he witnessed from his father and then passed down to his children. John loved maintaining his property and had the best- kept lawn on his street. A particular joy in his life was fishing with his brothers in the many streams and creeks in upper Dauphin County. John attended the Word of Life Chapel in Halifax, Pa. He and his late wife Cynthia were founding and faithful members of Halifax Community Fellowship, now Creekside Meeting House, next to Camp Hebron in Halifax. A memorial service will be officiated by Bishop Richard Mininger at Creekside Meetinghouse at 957 Camp Hebron Rd., Halifax PA 17032, Wednesday, Aug. 18 at 11 a.m. with a luncheon immediately following at Camp Hebron’s Sylvan Retreat Center’s dining room. A burial service for family members will follow at East Harrisburg Cemetery. If desired, memorial contributions may be made in John’s name to Homeland Center, 1901 N. Fifth St., Harrisburg PA 17102. Paid by funeral home