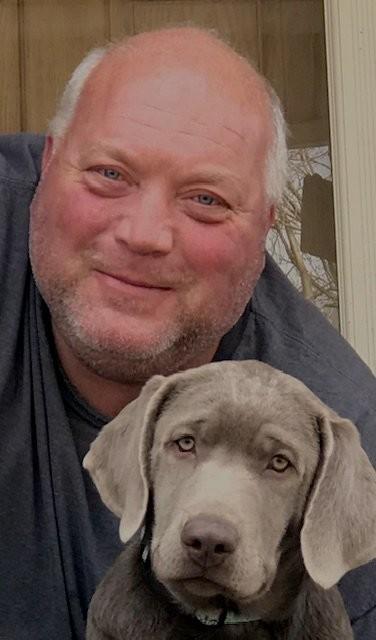 TOWER CITY • Jesse G. Keim, 54, of Tower City, passed away very unexpectedly, Friday, Jan. 1, 2021, at his home. Born in Pottsville, Aug. 20, 1966, he was a son of Gene Keim, Tower City, and the late Judy Bettinger Keim. Jesse was employed by the Porter-Tower Joint Municipal Authority. He also had been a truck driver for many years with his family business the former Stoney Mountain Trucking. Jesse could always be found in the outdoors doing all kinds of hunting, training his dogs or just taking in the nature. His love for hunting was passed onto his youngest daughter, Jenny, who was his hunting buddy. He loved his dogs, including his three labs who were always by his side. Jesse enjoyed spending time with his family and friends always looking forward to the picnics around his pool. Surviving in addition to his father, are his high school sweetheart, his wife of 35 years, Lisa Minnich Keim; his three daughters he was extremely proud of, Celia Keim Pate and her husband Kavil, New Jersey; Chloe Keim and Jenny Keim, both of Tower City; two sisters, Penni Cinqmars, Florida and Meri Keim, Tower City; two sister-in-laws, Dawn Brewster, Massachusetts, and Ann Minnich, Williamstown; several aunts and uncles including Paul and Dolly Mae Rebuck, whom Jesse was very close to and many cousins including Paulie Rebuck, whom Jesse considered a younger brother and nieces and nephews. Funeral services following all CDC guidelines will be held Wednesday, Jan. 6, 2021, at 11 a.m. from the Christ United Methodist Church, Tower City, with Pastor Annette Shutt officiating. Burial will be in the St. Peter’s Cemetery, Orwin. Viewing will be held from 10-11 a.m. at the church. In lieu of flowers, donations in Jesse’s memory should be made to the Christ United Methodist Church, 400 E. Grand Ave., PO Box F, Tower City, PA 17980. The Dimon Funeral Home & Cremation Services, Inc., has been entrusted with the arrangements. To send condolences to the family please visit dimonfuneral home.com Paid by funeral home