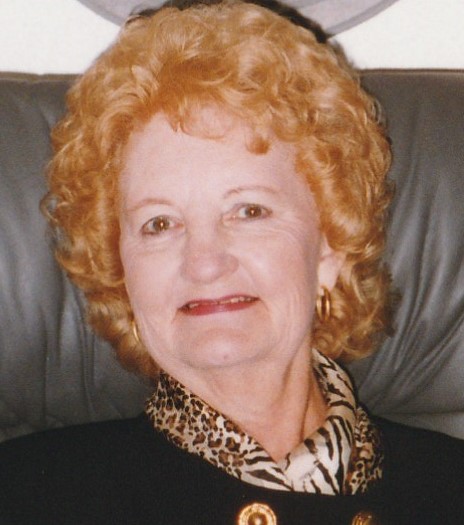 WILLIAMSTOWN • Jean Stump Garber, 86, passed away April 13, 2021. She was in residence at Heart Homes of Annapolis, where she lived for almost four years. She had previously resided in Cocoa, Fla., with her husband Mike, before he passed away in March 2014. Jean was born Aug. 3, 1934, in Copen, W.Va. After graduating from high school in 1953, she moved to Washington, D.C., where she worked for the FBI. While there she met and married Michael J. Garber Jr. who was stationed at Bolling AFB. Their first child, Michael J. Garber III, was born at Bolling. After their first move to Plattsburgh, N.Y., their second child, Jean M. Garber, was born. When Mike retired from the USAF in 1966, the family moved to Phoenixville, Pa., where Jean worked at Valley Forge General Hospital as a telecommunications specialist until the hospital closed in 1974. The couple moved to Williamstown, Pa., and both worked at Fort Indiantown Gap. Jean became a telecommunications supervisor and finally retired from the federal government after 34 years of dedicated service to the nation. In 1996, she purchased the home in Cocoa, Fla., which became their retirement home in 2012 upon leaving Pennsylvania. Jean was a highly active member of her church, Sacred Heart. A eucharistic minister, she looked forward to visiting and offering communion to the sick of the parish. As a member of the Sacred Heart women’s club, Jean helped organize many parties and fundraisers. She also worked in its thrift store for several years. Jean loved to shop for herself and for others. She was very generous and helped many people. She was the consummate bargain hunter and often bragged about how little she spent on her great finds. Her family and friends benefited from her frugal stewardship. Jean also loved to travel. She and Mike traveled to Europe when their grandson Michael was born. She visited Japan to see niece Lisa Rhody. She took trips to Hawaii, crossed the country several times with friends, ventured down to Key West with her sisters and sailed on several cruises to the Caribbean and Bermuda. Beloved by friends and family, Jean frequently exchanged cards and letters with them. She always had a phone in her hand and loved chatting with friends and family members. She adored her grandkids and delighted in spending time with them. She is survived by her son, Michael Garber III and his wife Patricia of Mechanicsville, Md., and their sons Michael Garber IV of Washington, D.C., and Christopher of Irvine, Calif.; her daughter, Jeanie Borowski and her husband Tim and their daughter Cara, all who live in Oviedo, Fla. Jean’s twin brother Eugene preceded her in death in 2002. She is survived by her sisters, Corene Carey of Huntington, W.Va., and Irene White of Weston, W.Va. Jean will be interred with her husband Mike at Arlington National Cemetery at a later date. May she find rest and comfort in the arms of her savior, Jesus Christ. In lieu of flowers, donations will be accepted for the people of St. Vincent in the Virgin Islands. All of the donations will go to the people of St. Vincent. Make check payable to: The Redemptorists and write SVG on memo line. Donations can be mailed to: Father Paul Borowski, 3112 7th Street NE, Washington, DC 20017. Paid by family