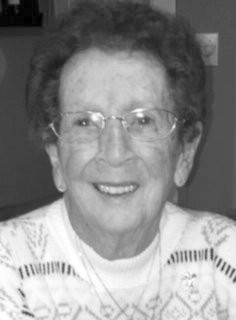 DOUGLAS, Wyo. • Jean E. Calnon Klinger, formerly of Williamstown, currently residing in Wyoming with her son and daughter-in-law, passed away peacefully March 9. She was born in Williamstown, Jan. 16, 1928, a daughter of the late Thomas L. and Mary Jones Calnon. She also was preceded in death by her husband Robert “Mutza” Klinger; an infant grandson Adam Klinger; and her brother T. Leroy “Buddy” Calnon. Jean graduated from the former Williamstown High School. She worked as a secretary at Williams Valley Junior Senior High School for 221/2 years. She was a member of Immanuel Lutheran Church, Williamstown, where she was a member of the choir and also a member of the Williams Valley Community Choir. She is survived by her children, David and his wife Joann (Heimbaugh), Douglas, WY; Brad and his wife Bonnie (Boyer), Mechanicsburg; and Wendy wife of the late James Mahoney, Harrisonburg, VA; six grandchildren; and nine great-grandchildren. A graveside service will be held Saturday, July 6, at 11 a.m. from the Fairview Cemetery, Williamstown. In lieu of flowers, donations in Jean’s memory should be made to Immanuel Lutheran Church, 141 East St., Williamstown, PA 17098. Dimon Funeral Home & Cremation Services has been entrusted with the local arrangements. To sign the guest book, visit dimonfuneralhome.com
This is a paid obituary