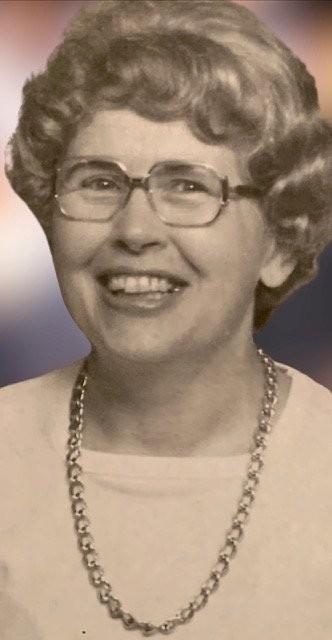 TOWER CITY • Irene M. Lebo, 96, of Tower City, went home to be with the Lord, Tuesday, April 13, 2021, at her home. Born May 30, 1924, in Tower City, she was a daughter of the late Mose and Celia Kessler Bush. Irene was a 1942 graduate of the former Porter High School. She trained to be a registered nurse at St. Luke’s Hospital, Philadelphia. She retired as a registered nurse. Irene also owned and operated the former Lighthouse Christian Book Store. She was a member of the Christ United Methodist Church, Tower City, where she was a member of the choir, Sunday school teacher and volunteered wherever needed. Irene was also a member of the West Schuylkill Gideons Society and Full Gospel Business Men’s Fellowship Society International. She was preceded in death by her husband of 66 years, Stanley E. Lebo, 2013. Surviving are a son, Roger Van Lebo and his wife Susan of Ohio; a daughter, Debra A. Hartley of Tower City; two sisters, Anna Klinger of Tower City and Stella Madenford of Orwin; three grandsons; two great-grandchildren and nieces and nephews. Irene will be laid to rest privately in the Indiantown Gap National Cemetery with Pastor Annette Shutt officiating. A date for a public celebration of Irene’s life will be announced in the near future. In lieu of flowers, donations in her memory should be made to the Christ United Methodist Church, 400 E. Grand Ave., P.O. Box F, Tower City PA 17980. The Dimon Funeral Home & Cremation Services Inc. has been entrusted with the arrangements. To send online condolences to the family, visit dimonfuneral home.com Paid by funeral home