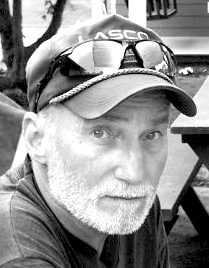 HALIFAX • Howard V. McCann Jr., 68, of Halifax, was promoted from this earthly life Thursday, Aug. 15, 2019, at Hershey Medical Center. He lost his fight with colon cancer. Formerly of Middletown, Howard was a son to the late Howard Sr. and Vivian (Beard). He’s survived by wife Brenda Brown, son Josh, Jinx, cousins and extended family. After graduating from Lower Dauphin High School, he worked at Fruehauf, TMI, and retired as a self-employed carpenter. He was a lifetime member of Middletown Anglers & Hunters, and co-owner of former Mac’s Bait Shop. His loves were ice fishing, gardening, collecting cast iron, making wine, tractors and hay-making. As he wished, there will be no services. Howard requests friends and family watch over his wife with visits and calls. In his honor, donations may be sent to Halifax United Methodist Church Youth, 105 Wind Hill Dr., Halifax, PA 17032, your local animal rescue shelter or plant a memorial tree.
This is a paid obituary