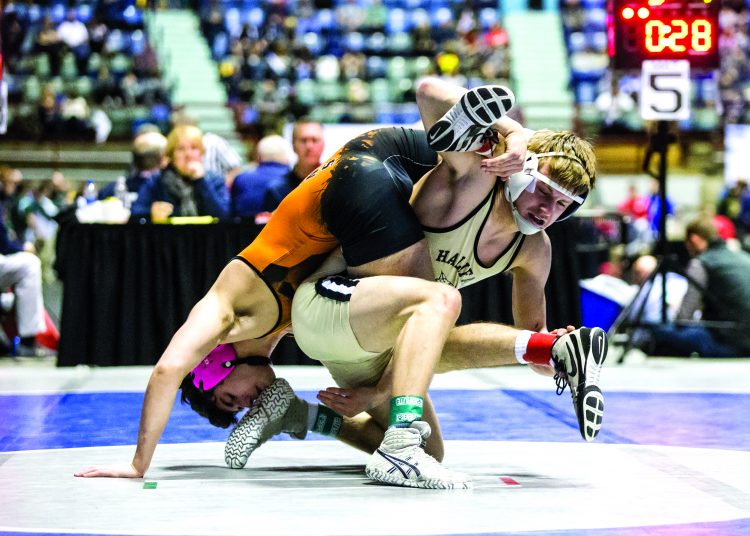 Six area wrestlers will compete for spots atop the PIAA podium this weekend in Hershey’s Giant Center.

One of them is Upper Dauphin Area senior Bronson Garber, the only Trojan who has captured three state medals. He is hoping to extend it to four after this weekend. Garber qualified for the state tournament after a second-place finish at the PIAA Class 2A Southeast Regional tournament March 2 at Wilson West Lawn High School. He was the highest placing local at that tournament.

The Southeast qualifiers will be joined in Hershey by Line Mountain’s Jacob Feese and Mason Leshock, who both qualified via the Northeast regional tournament. Feese finished second, while Leshock claimed the fourth and final qualifying spot.

UDA sent seven wrestlers to regionals March 1-2, but only three advanced to states after the dust settled. Garber led the charge with his runner-up finish in the 126-pound bracket, dropping a finals matchup against Bishop McDevitt’s Chase Shields for the second consecutive week. Rupp finished fourth at 132, and Cope placed sixth at 195, while Williams Valley’s Pesta,

Photo Caption: Upper Dauphin Area’s Tyler Wright (left) and Halifax’s Reece Bruner wrestle each other in the 145-pound weight class during an earlier season match. Both did not advance to the state tournament after losses in the regional tournament. (Sentinel photo by Christina Hoy)