Hey, Everyone! Let’s Put on a Show! 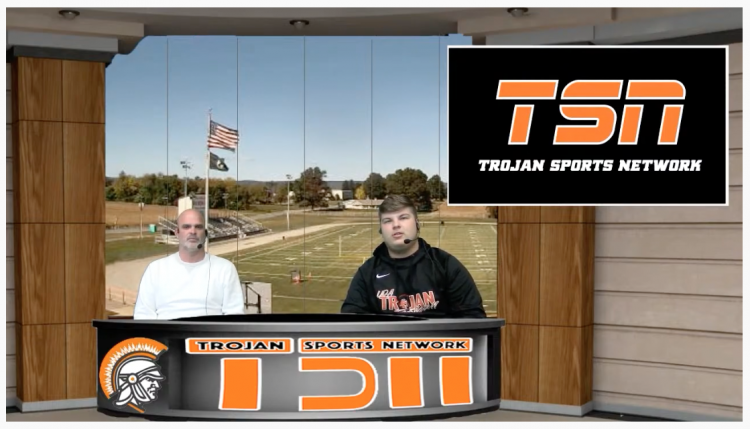 Thanks to the COVID-19 pandemic, the 2020 spring sports season was canned, while the fall season has come with severe restrictions on spectator attendance.

Sentinel-area schools were willing, however, to offer parents and fans an alternate means to root for their favorite fall sports teams.

Thanks to the efforts of willing students and parents, the Halifax, Millersburg, Upper Dauphin Area and Williams Valley districts – as well as Northern Dauphin Christian School – have ‘‘put on a show’’ in the form of livestreamed sports, band and homecoming events. Each event is then archived on either Facebook or YouTube for those wishing to view it later. All area schools doing livestreaming responded to the newspaper’s request for information and comments.

For some, a new venture

UDA has the longest local history of livestreaming, as its Trojan Broadcast Network debuted in September 2015 to present students delivering morning and afternoon announcements. From there, some students wanted to try recording an athletic event. Soon, a specific class was created to teach students the ins and outs of recording, editing and related preparations

. The TBN soon spawned an offshoot – the Trojan Sports Network. Since the district and Millersburg co-op on football and soccer (and are discussing the possibility of a merger), the TSN livestreams all home fall sports for both schools.

‘‘Millersburg reached out to us, and (UDA) felt it was a great idea,’’ said Todd Rupp, the UDA class instructor. ‘‘It made sense to get Millersburg involved to give them some experience in what we do. The administrations worked together and came up with a solution and plan.

Halifax has livestreamed special events and school board meetings for several years. This fall is its first foray into sports.

NDCS also is making its sports debut this season (the school offers only volleyball in the fall). ‘‘I asked for help from a coach, who is  SEE LIVESTREAM • PAGE A6