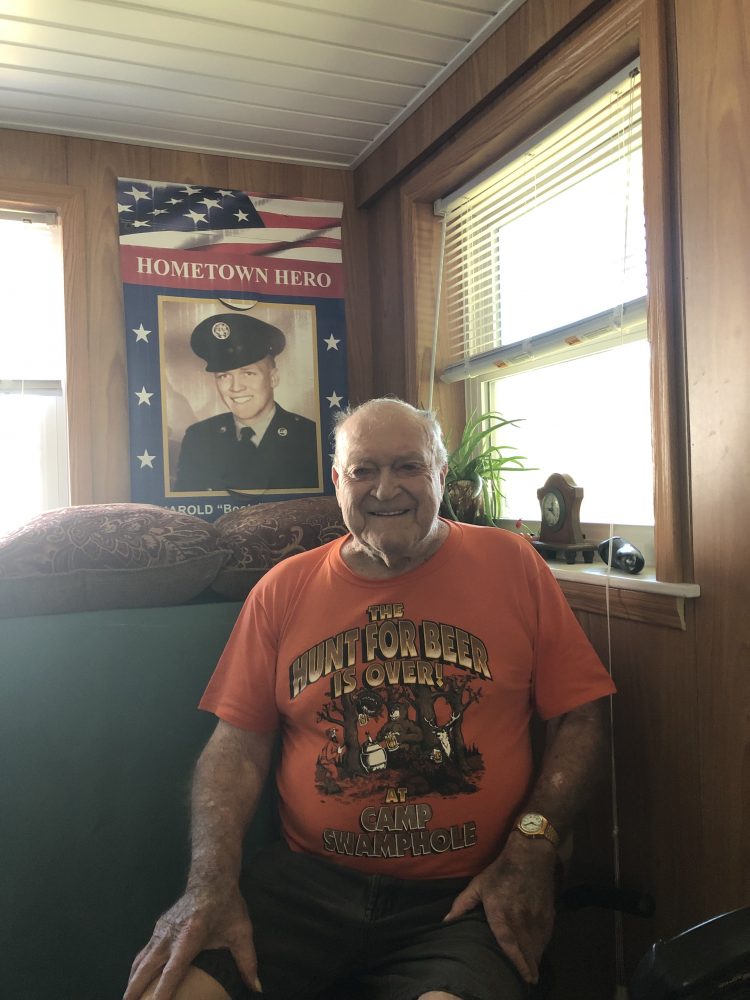 BERRYSBURG • Harold E. Kissinger, 85, of Berrysburg, died May 30, 2020, at Harrisburg Hospital. He was born Aug. 28, 1934, in Gratz, Pa., the son of the late Ernest and Mabel (Wagner) Kissinger. Harold was married to Ella (Chubb) Kissinger for 35 years. He retired as the head groundskeeper from the Carlisle War College. Harold enlisted in the Air Force and served his country from 1954-1957. He enjoyed hunting, being at Camp Swamp Hole and cowboy movies. He was an original member of Camp Swamp Hole, and a member of the Gratz VFW No. 2385, Elizabethville American Legion No. 404, and the Fraternal Order of the Eagles, Carlisle. He attended Peace UCC, Berrysburg. In addition to his wife, he is survived by his son Steve Kissinger and his wife Mary, daughter Denise Sieke, grandchildren Eric Kissinger and his wife Roxy Shrawder, Evan Kissinger, Rachel Sieke and Erin Sieke and her husband Connor Wathen, five stepchildren, 11 stepgrandchildren, 13 stepgreat-grandchildren, and three stepgreat-great-grandchildren and his sisters Millie Artz and Faye Werner. Graveside services will be held privately at Sweitzer’s Memorial Cemetery, Berrysburg. The family will be planning a celebration of life gathering at Camp Swamp Hole at a later date, which will be announced. The family requests that memorial donations be made to Peace UCC or Medic 6. Hoover-Boyer Funeral Home, Ltd., Elizabethville, is handling the arrangements. To sign the guestbook go to minnichfuneral.com To send flowers or a remembrance gift to the family of Harold Kissinger, visit the Tribute Store.
Paid by funeral home