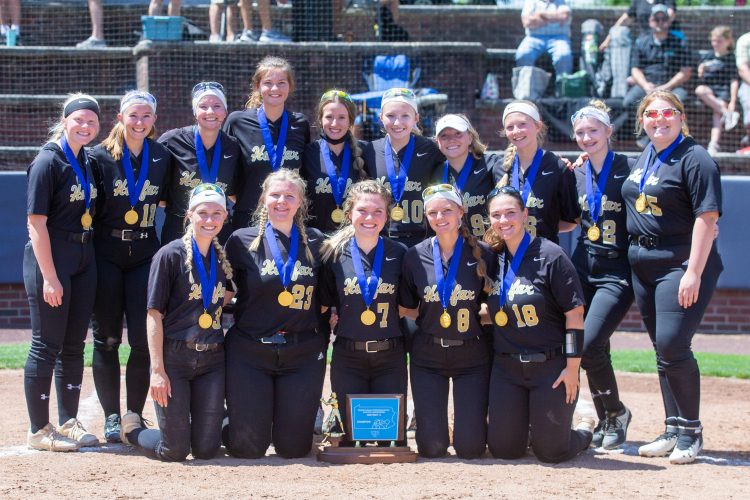 It took two days to decide who would capture this year’s District 3, Class 1A softball crown between Millersburg and Halifax. Both teams traveled to Lebanon Valley College May 26 with the hopes of coming back with the grand prize. After almost four innings were complete, with the Wildcats clinging to a 1-0 lead, the sky opened up, pelting wind and pounding rain to force a postponement. Both teams returned the following morning to finish this important contest. It was Halifax that scored four more runs to earn a 5-0 victory and secure the 2021 championship. “Watching our team reach one of our goals is a very proud moment for myself and our coaching staff,’’ said Halifax Head Coach Mike Stiely. “The girls were very confident and focused. As usual, pitching and defense were the keys to the game. “Mackenzie Sawdey was dominant. She controlled the game by hitting her spots and consistently working ahead. Ashleigh Cooper and Kelsey Stiely made some fantastic defensive plays.’’ Day One (May 26) The game was dominated by two outstanding pitchers, Sawdey for the Cats and Kierstyn Smith for the Indians. Smith earned the game’s first hit in the bottom of the second inning, leading off with a single up the middle. A wild pitch advanced Smith to second, and Morgan Long’s perfect bunt single advanced Smith to third. But a routine infield fly ended the threat. The Cats came up to bat in the top of the third and made some noise of their own. Chloe Mace led off the inning with a bunt single.