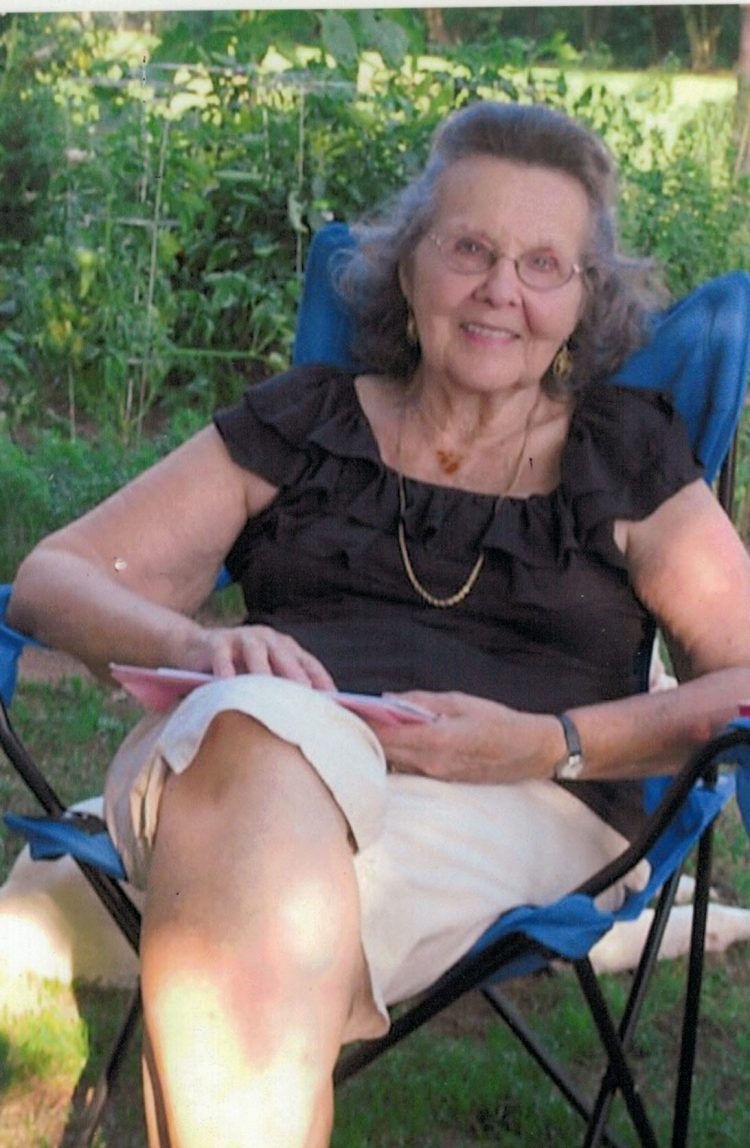 PILLOW • Gertrude E. Randall, 96, entered into eternity with her Savior Aug. 19, 2020.
A longtime resident of Pillow, Pa., “Trudy” most recently resided in Klingerstown where her children and grandchildren cared for her until her passing.
Born in Germantown, Pa., July 18, 1924, she was a daughter of the late Gertrude E. (VanFossen) and John J. Lockett.
She grew up in the Newtown area, where she participated in baseball, field hockey and 4H before graduating from Newtown High School in 1942.
After high school she worked as a key punch operator for Sears & Roebuck in Philadelphia, and as a machine operator for Brewster Aeronautical Corp. and Fleet Wings (both in the Philadelphia area) contributing to the war effort in World War II.
In 1944 she married Herbert J. Randall Jr., and they raised a family of six children.
Herb and Trudy relocated to the Herndon area in the 1970s, and here she worked at various jobs including domestic work, care-giving services and delivering newspapers for The Daily Item. Through the 1980s and ’90s Herb and Trudy traveled as a gospel duet. Their singing ministry called “The Way” used music to share the gospel at nursing homes, camp meetings and prison release center. Trudy and Herb were blessed with 57 years of marriage before his passing in 2002.
She loved Jesus Christ, and she loved her family; these were the most important things in her life. She had a heart filled with compassion and was always willing to make time to share in conversation or to give a listening ear. She loved encouraging others and collected many uplifting quotes and writings that she made a point to share.
When discussing her age, Trudy recently said, “I never thought I would live this long. Every day I wake up I say ‘Lord, you gave me another day! Thank you!’”
Christ was her hope and source of joy, fueling her positive outlook. She is with Christ now, ageless and strong, basking in His glory, eternally home.
In addition to her husband, she was preceded in death by her sisters Mabel Evans and M. Ethel Faruggio; brother John “Jack” Lockett; and daughter Susan Green.
Surviving are her children Robert Randall, Thomas Randall (Gail), Nancy Kenna (Jerry), Bonnie Geer and Marla Williard (Terry); grandchildren William Randall, Aaron Randall, Ryan Randall, Trisha Wolfe, Thomas Randall Jr., Theresa Whittaker, Marcia Green, Holly McLanahan, Melissa Maltsev, Jessamy Rebuck, and Garrett Latsha; 27 great-grandchildren; brothers Robert Lockett and Charles Lockett; sister Alice Kahn; nieces and nephews; and many friends and loved ones.
A graveside service to honor and celebrate her life was held Aug. 22 at the Garden of Honor in Northumberland Memorial Park in Stonington, Pa.
James A. Reed Funeral Home, Pillow, was in charge of the arrangements.
To sign the online guest book, or to post a picture of Gertrude, visit reedfh.com
Paid by funeral home